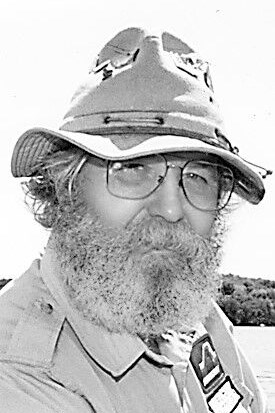 EAGLE RIVER – James F. Mecikalski, AKA Yukon Jack, formerly of Jefferson, Wis., died on Thursday, Nov. 26, 2020, at Howard Young Medical Center in Woodruff, Wis. Yukon, as he was known to his friends, was born on May 8, 1942, to Roman and Eveylyne (Fernholz) Mecikalski in Watertown, Wis. He was a 1960 graduate of Jefferson High School.

He began his career with Wisconsin Bell Telephone Company, working out of the Eau Claire Garage as a lineman in June of 1960, placing poles and stringing wire. On March 4, 1961, Jim married Joyce Neumann in Dubuque, Iowa.

In October of 1961 Yukon was transferred to Madison where he became a cable splicer and District Engineer. In 1968 he was transferred to Ashland, Wis., to engineer the laying of submarine cable running from Bayfield, Wis., under water to Madeline Island. Once that was accomplished, he was transferred to Green Bay, Wis. He eventually took a position as a sales representative for AT&T Network Systems out of Milwaukee. In 1990, Yukon was offered his retirement at the age of 47 and moved to his cottage in Eagle River.

He immediately began his Yukon Jack Outfitters and Serene Shores business ventures. These businesses thrived until final retirement in 2019. He was actively involved in the Eagle River Guides Association and various activities, some being constructing the various ice castles. Making maple syrup, fishing, hunting, trapping, trapshooting, and numerous trips to Canada were lifelong hobbies. Sadly, due to his onset of dementia, he had to give up on these activities. In his last days, Yukon enjoyed working on word search puzzles.

Yukon will be cremated, as were his wishes. Due to Covid, there is no service planned at this time.

Memorials may be made to the ERRA (Eagle River Recreation Assn) c/o Save the Dome.

To plant trees in memory, please visit our Sympathy Store.
Published by Madison.com on Dec. 10, 2020.
MEMORIAL EVENTS
No memorial events are currently scheduled.
To offer your sympathy during this difficult time, you can now have memorial trees planted in a National Forest in memory of your loved one.
MEMORIES & CONDOLENCES
3 Entries
Jim was an advisor for the Phone Company's Explorer Post in the 60's. He participated with us on many events. He was always upbeat and energetic. I remember him well. May he rest in peace.
Pete Mooney
February 3, 2021
Julie my heart and prayers are with you, your entire family and friends. This is heartbreaking news, thank you for sharing. Sending you and your Mom virtual hugs.
Lynda Lowery, Selma Alabama
December 11, 2020
As I drove east Racine Street out of Jefferson yesterday, I drove past Mickey and Evelyn's house from many years ago. I had to smile when I remember now my Grandma Blodgett and her sister Francis (Fernholz) could never agree on anything. And how Evelyn would laugh. Family!!! I remember yours/ours very well. My sincere sympathies, sounds like he was a great man.
Jane Schuman
December 11, 2020