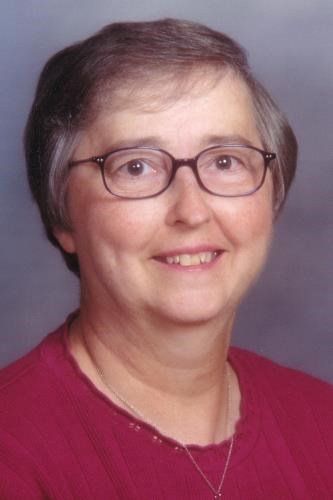 PLATTEVILLE - Jane Ann Howell, passed away on Sept. 24, 2020, after a long illness. Due to the covid pandemic there will be no visitation or funeral. The family plans a private interment at the Mt. Ida cemetery at a future date. The Melby Funeral Home & Crematory of Platteville is serving the family. Memorials in Jane's name may be made to the scholarship named for her at WMEF Jane Howell Scholarship Fund, P. O. Box 171011, Milwaukee, WI 53217, or the charity of your choice. Online condolences may be made at www.melbyfh.com.

She was born on Aug. 12, 1943 to Glenn and Verda Howell. Jane grew up on a farm in Mt. Ida with five brothers and a sister. After she graduated from Fennimore High School she decided to attend the UW-Platteville to get a degree in education following in the footsteps of her mother and grandmother. Jane went on to get her master's degree in mathematics education.

Besides teaching in a classroom for 30 years Jane had many other educational accomplishments. During her tenure with the Platteville Public Schools she also served the district as a professional development advisor, specialist educator, and mentor teacher. Jane worked in a number of consultant roles with the Wisconsin Department of Public Instruction (DPI) including writing curriculum and toolkits. She also worked as an advisor for the Advisory Councils for the Frameworks in Science and Mathematics, the Wisconsin Education Communications Board (WECB) and its MATHLINE Project. Jane was selected to attend NEWMAST (NASA Educators Workshop for Mathematics). She was invited to attend Woodrow Wilson Institutes at Princeton in 1991 and 1999 on Geometry for Middle School Teachers and Gender Equity. Jane often was a speaker at numerous workshops and conferences throughout Wisconsin and the nation.

Among her achievements as an educator Jane received many awards including the Presidential Award for Excellence in Science and Mathematics Teaching in 1989. She traveled with her mother to Washington DC to receive her award from President George Bush. Jane received the James Stoltenberg Award from the Wisconsin Association for Middle Level Education and the Distinguished Mathematics Educator Award from the Wisconsin Mathematics Council. The National Middle School Associations Teacher of the Year and Distinguished Alumnus of UW-Platteville are just some of the other awards Jane received. In May of 2018 the Jane Howell Scholarship was established by the Wisconsin Mathematics Education Foundation (WMEF). Jane was instrumental in the establishment of the WMEF and served on the Board of Directors.

Jane's priority and first love was being a middle school math teacher in Platteville. Jane wanted the best for each and every one of her students. Jane touched the lives of hundreds of her students and hundreds more through her involvement and lifelong commitment to mathematics education in Wisconsin.

Jane's life was filled with love of family and friends. She traveled extensively and enjoyed learning about other cultures and meeting people. Jane loved a good book, a great movie, a low golf score and a winning hand at bridge. She often attended live performances at the UW Platteville and Overture Center in Madison. Jane was a lifelong Cubs fan and always hoped for a winning season. Jane enjoyed time with friends (The Bra Squad). Jane was an accomplished woman but to family she was just Jane. She loved her nieces and nephews and enjoyed cheering them on in life. Holiday dinners were spent with family and Jane brought desserts. The bieniel Howell picnic gave her joy as she made sure that she spent time with every family catching up on their lives. Sibling get togethers were always full of fun and laughter. Jane will be greatly missed by her loving family.

Jane is survived by her brothers, Robert (Sue) Howell, Neil (Marilyn) Howell, Clyde (Ellen) Howell; and sister, Rose Howell. Jane is also survived by her nieces and nephews Leslie, Kim, Chris, Ben, Amanda, David, Alison, Claire, Tim, Owen, Rhiannon and their families. She was preceded in death by her parents; brother, Paul; brother, Roger and his wife Dixie and their son Scot Howell. Our thanks to the staff at Park Place Assisted Living, Epione Pavilion and Agrace Hospice Care. We hope to host a celebration of life at a later date.

To plant trees in memory, please visit our Sympathy Store.
Published by Madison.com on Sep. 27, 2020.
MEMORIAL EVENTS
No memorial events are currently scheduled.
To offer your sympathy during this difficult time, you can now have memorial trees planted in a National Forest in memory of your loved one.
Funeral services provided by:
Melby Funeral Home
GUEST BOOK
0 Entries
Be the first to post a memory or condolences.