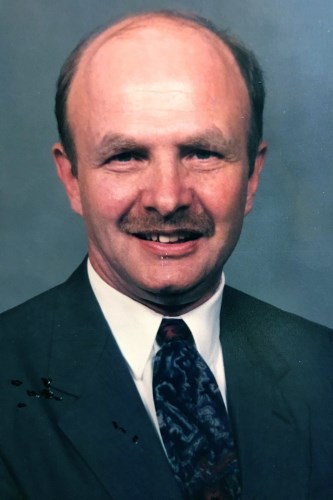 PENN YAN, N.Y. - Jerry Howard Rose, 85, passed away peacefully in the early hours of Jan. 20, 2021, at Soldiers and Sailors Memorial Hospital in Penn Yan after a brief battle with the COVID-19 virus.

Jerry was born to Joseph Howard Rose and Alice Maude Whitman in Bloomington, Ill., on Oct. 20, 1935. As a boy, he was all in for everything scholastic, the family's annual fishing trip to Canada and playing basketball before and after every meal.

Jerry was valedictorian of his senior class at Normal (Illinois) Community High School in 1953. Jerry had a long career as a professor of hospital administration, working at Baylor University, the University of Michigan-Ann Arbor, the University of Chicago, and the University of Wisconsin-Madison. Early in this period Jerry married his college sweetheart, Judith Linn Rose of Kirkwood, Mo., with whom he had two sons, Michael and Steven, and together they had adventures in Ann Arbor, LaGrange, Ill., and Madison.

At the University of Wisconsin-Madison, Jerry was principal investigator for studies on the effectiveness of trauma and heart emergency care, and the cost-effectiveness of helicopter transport of heart, trauma and emergency care. He taught, mentored and became close friends with dozens of graduate students who went on to executive leadership at hospitals around the globe.

In 1991, Jerry was named Corporate Vice President of Strategic Planning and Business Development at Oakwood Healthcare System in Dearborn, Mich., where he designed and implemented physician education and leadership programs in the emerging field of managed care, planned system affiliations, mergers and acquisitions, led task forces, and worked as a consultant for General Electric Medical Systems. Jerry was in his element at Oakwood and loved the "United Nations" nature of the health system's diverse leadership and staff. In Michigan, he also loved living in Henry Ford's backyard, going to Detroit Red Wings hockey games and sailing at the Detroit Yacht Club.

Jerry was a long-time member of Rotary International, and he was President of the Rotary Club of Dearborn, Mich., from 2000-2001. In 2000, he traveled as a volunteer to Africa's Ivory Coast with Rotary's polio eradication program. His emails during that time described long hikes and trips to remote villages by dugout canoe, vaccinating hundreds of children and adults, and being crowned a chief in two villages, where he was feted with grateful celebrations of music, dance, food and gifts, including beautiful tribal regalia and a live goat. For many years after that journey, Jerry traveled widely to Rotary Clubs urging support for the global eradication of polio.

After retirement and moving to the Finger Lakes region, Jerry worked as a lecturer, adjunct faculty and instructor of Nursing Education at Elmira College and Keuka College. He also volunteered to create a parish nurse program and wellness ministry, do strategic planning for The Presbyterian Church in Geneva and Camp Whitman, conduct feasibility studies for senior residence options in Geneva, and develop local measures to protect Seneca Lake in the Town of Torrey.

To plant trees in memory, please visit our Sympathy Store.
Published by Madison.com on Feb. 16, 2021.
MEMORIAL EVENTS
No memorial events are currently scheduled.
To offer your sympathy during this difficult time, you can now have memorial trees planted in a National Forest in memory of your loved one.
GUEST BOOK
0 Entries
Be the first to post a memory or condolences.