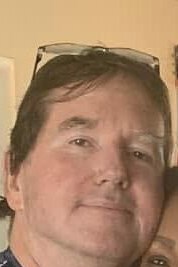 BRADENTON, Fla. - Pastor John McIntyre, beloved husband of Gene (Lilia Geneva) McIntyre and father of Astrid and John Charles, passed into the Heaven he knew was awaiting him on Sept. 2, 2021. He was born on Aug. 1, 1961, at Madison General Hospital, to Thomas and Joyce C. McIntyre.

John graduated from Pardeeville Senior High in 1979. He played baseball, football, and even some pickup basketball. He loved a good joke and was a prankster. He did theatre in high school (going against type as Dr. Caius in "The Merry Wives of Windsor") and loved the mental arm wrestling known as debate. He was an all-around kind of guy. He was voted most likely to succeed in his class, and graduated from Concordia University with a degree in Director of Church Ministries. He also was a sensitive and deeply caring certified nursing assistant for all of his adult life.

We are pretty sure that John was part of one of the first successful courtships and marriages via the internet when he met his beloved wife, Lilia Geneva "Gene" Algandona, online when AOL was still a thing. They loved each other so much they got married three times: once in his sister's house in Madison, and again in Panama so Gene's family could be near. They renewed their vows on their 20th anniversary. They would have celebrated 23 years of marriage this fall.

John believed in the best in everybody, even as he struggled with depression and anxiety for most of his life. He and his wife devoted countless hours to their church (The Altar in Bradenton, Fla.) and always had a hand out to those in need. He was a devoted father and reveled in his children's intellectual, physical, and spiritual growth. He was a doting uncle and much-loved brother, as well as an outstanding son. He wrote love letters to his wife. He showed up for his children's activities. He prayed for the sick and the sad, as well as the healthy in mind and spirit.

And now how we got here. Convinced by a variety of anti-vaccine websites, Pastor John was certain the COVID-19 vaccine was not to be trusted. While his family got their shots, he refused. When he became ill, and then hospitalized on his birthday, he told his family he was sorry and that he had made a mistake. That's the kind of man John was. When presented with facts that went against what he thought to be true, he would either agree to disagree, or acknowledge and apologize.

The family would like to thank Manatee Memorial Hospital for their kindness and loving care. The last week of John's life, the ICU let us see him. To do so required putting on plastic gowns, medical-grade masks, gloves, and plastic face shields. They went above and beyond for John.

What would John do had he lived? So many things. Work on his ministry. Watch his children grow into amazing adults. Retire to Panama with his wife. Continue to be the cousin and brother everybody loved best. Cull his massive reading collection (Ok probably not that!). But disinformation got in the way.

Like his wife, John would tell you to please get your COVID vaccine shots. He was determined to live, to make it, and to focus on that message. Yet, his final appearance needed no words from him. His wife, Gene, spoke in a video that went viral, telling others that it is ok to love God and get your shot. The two actions are not mutually exclusive. John would be happy to know (and we think he does) that their story convinced people to roll up their sleeves - and it continues to do so. It was an amazing parting gift to the world.

We will miss his silly sense of humor, his love of all Wisconsin sports, and his Irishman's passion for a good argument. Or as his dad would say, "Is this a private fight or can anyone join?"

He is survived by his cherished wife and biggest fan, Gene; daughter, Astrid; and son, J.C. He is also survived by his brother, Jim of Pardeeville; sisters, Jody McIntyre (Karl Kletzien) of Madison and Jeri McIntyre (Mickey Rochon) of Lake Mills; as well as his niece, Jocelyn; nephews, Layne, Fox, and Vai; outstanding sister-in-love, Lacey G. Kramer Algandona (Mathew); the extended Algandona family; and his church families in the U.S., as well as Central and South America.

A celebration of John's life will be available in English and Spanish on Saturday, Sept. 18 at noon CST. Go to https://www.facebook.com/WeLovePastorJohn/ for more information and to leave your remembrances of John. Gifts can be made at https://www.gofundme.com/f/PastorJohnMcIntyreHasEnteredEternity.

John, we miss you, we love you, and we can't wait to see you again. Thank you for being a great husband, dad, brother, son, cousin, and all around good human being. The world is a smaller place without you. Slán Abhaile.

Published by Madison.com on Sep. 12, 2021.
To plant trees in memory, please visit the Sympathy Store.
MEMORIAL EVENTS
Sep
18
Celebration of Life
12:00p.m.
WI
MAKE A DONATION
MEMORIES & CONDOLENCES
3 Entries
May God's love and grace shine through you today. Prayers during this difficult time. May sadness return to joy knowing our Savior. John 3:16-17
Nate
September 15, 2021
Thank you, Jody. Well said. I know exactly where my husband is and that he is safe and happy. Still the pain of this untimely departure is so hard to bare. I pray, as I have from the beginning, that many will be touched by this story and make the right choice. I pray that this terrible illness will be eradicated and that we all will do our part to make it happen! I love you, Jody. See you in a few days. Can´t wait to hug your neck again. Thanks for walking this trial with me!
Gene McIntyre
Family
September 13, 2021
Peace to John's family and friends. He was a beautiful example of love.
Mary Haight
Friend
September 12, 2021
Showing 1 - 3 of 3 results