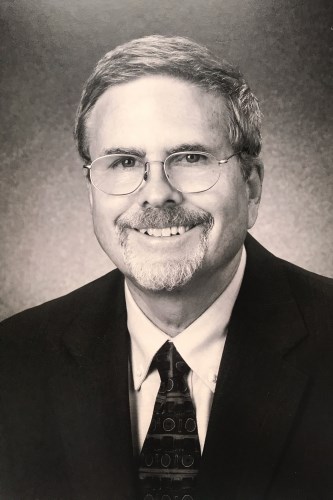 GLENDALE - Jon Robert Lindwall passed away peacefully the morning of Dec. 29, 2020, at the age of 81. He spent his final days under the care of the wonderful staff at Silverado North Shore in Glendale, Wis., and surrounded by his loved ones.

Jon was born on Feb. 20, 1939, in Manitowoc, Wis., to parents Robert and Harriet. As a youngster he was an avid water skier, spending long summer days practicing daredevil stunts at Hagerman Lake in the Upper Peninsula and performing across the state with his father, grandfather, and two younger brothers as "The Skiing L's." He attended Lincoln High School in Manitowoc where he met Barbara (Brown) Lindwall, from which point on the two remained inseparable for over six decades. He would go on to attend the University of Wisconsin, graduating in 1961, studying accounting and becoming a CPA.

Shortly thereafter, Jon married the love of his life, Barb, and headed to New Jersey where he began his career as an accountant. After several years he returned to Wisconsin, living in Janesville for a bit before eventually settling back in Madison, where he and Barb would raise their two children. They were active residents on South Hill Drive and enjoyed many cookouts and parades with all the neighbors. Jon was his kids' biggest fan, cheering them on through school and sports and supporting them as they became two wonderful adults themselves. Jon worked for most of these years at Smith & Gesteland, where his quick wit and easygoing manner helped him to become a managing partner at the firm.

He would retire in 2004 and without a doubt made the most of his time from then on. Jon and Barb spent their summers in the Wisconsin Dells, frequently hosting family and friends for good times and boat rides along the Wisconsin River. Each fall, they would pack into their van, licensed "PUT-ZEE" for his take-it-easy demeanor, and head to Anna Maria Island, Fla., for the winter. Just as he did at every stop along the journey, Jon made lasting friendships there as well, serving on the HOA board and playing in golf leagues. To his grandkids, Jon was "Boppa," and he loved spoiling them when they visited the Dells and supporting them through dance recitals, basketball and soccer games.

Jon was, by all accounts, a "people person." Whether you were a lifelong friend or a stranger at the grocery store, he was always looking to strike up a conversation. His unassuming manner, goofy sense of humor, and selfless interest in others made him a tremendous friend to so many. His 59-year marriage with Barb is something most can only dream of. He adored her more than life itself, and they loved to dance and sing together to Neil Diamond. Jon's ability to lift your spirits with a humorous conversation or light up a room with his smiling personality will be missed greatly by all who knew him.

Jon was preceded in death by his mother, Harriet, and his father, Robert. He is survived by his wife, Barbara; his brothers, Robert (Dan) and Larry (Sue); his son, Todd (Julie) and his children, Krista and Colin; his daughter, Lisa (Dan) Sanger and her children, Matt, Katie and Finn; and great-grandchild, Leo. He was a special uncle to Sara, Christopher, Jenny, and TJ.

A celebration of Jon's life will be held at a future date. In lieu of flowers, please consider making a donation to the Alzheimer's Association in Jon's memory. A special thank you to the angels at Brighton Hospice for making his final days comfortable.

To plant trees in memory, please visit our Sympathy Store.
Published by Madison.com on Jan. 10, 2021.
MEMORIAL EVENTS
No memorial events are currently scheduled.
To offer your sympathy during this difficult time, you can now have memorial trees planted in a National Forest in memory of your loved one.
GUEST BOOK
1 Entry
Blessings on your beautiful life dear Jon and all you gave to this precious daughter Lisa. Go to the Light. Love to the rest of Jon's family. Ann Griffin,
Ann Griffin
January 13, 2021