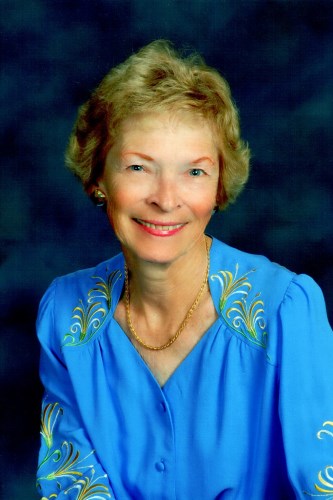 MADISON - June Marion Suhling died on Feb. 28, 2021, at the UW Hospital, Madison, after a brief illness.

Born on June 18, 1936, in Staten Island, New York, N.Y., to John and Harriet (Van Horn) Groves, she was raised in the New Dorp neighborhood of Staten Island and attended New York City public schools until her graduation from New Dorp High in 1953. She earned a Bachelor of Arts with honors in history from Wellesley College, Wellesley, Mass., in 1957, and was inducted into Phi Beta Kappa.

In 1987, June moved to Madison, Wis., where she held several administrative positions in the Wisconsin state government. These included Division Administrator positions in the Department of Industry, Labor, and Human Relations (DILHR) and the Department of Workforce Development, and finally a term as Deputy Secretary of the Wisconsin Department of Regulation and Licensing in 1999. That year, she was appointed as Labor Policy Advisor for the U.S. Department of Labor, and assigned to the U.S. Embassy in Bucharest, Romania. In this position, she worked with the World Bank, International Monetary Fund, European Union, US AID, NATO, and the Romanian Government to develop and implement labor market policies. After her retirement in 2001, she returned to Madison and enjoyed working part-time at Happy Pastime Collectibles in Middleton, Wis.

She was preceded in death by her parents; her sister, Ruth Souders; one daughter, Jennifer Lynne Suhling; and one grandson, Garrett Cassidy Trotter. She is survived by her children, Jeffrey C. Suhling (Jane), Opelika, Ala., Linda J. Trotter (Rob), Gypsum, Colo., and Jill M. Cox (Brad), Land O'Lakes, Fla.; as well as her grandchildren, Claire and Fred Suhling, Madeline, Roxanne and Harrison Trotter, and David (Miriam) Cox and Andrea (Alex) Ezra. She also leaves behind cousins, nieces, nephews and many friends.

A memorial service is planned for a later date at her church home, Middleton Community United Church of Christ. To view and sign this guestbook, please visit www.ryanfuneralservice.com.

To plant trees in memory, please visit our Sympathy Store.
Published by Madison.com on Mar. 7, 2021.
MEMORIAL EVENTS
No memorial events are currently scheduled.
To offer your sympathy during this difficult time, you can now have memorial trees planted in a National Forest in memory of your loved one.
Funeral services provided by:
Ryan Funeral Home - North Side Chapel - Madison
GUEST BOOK
Sponsored by Ryan Funeral Home - North Side Chapel - Madison.
4 Entries
June was pure class.
David Blaska
March 10, 2021
I am sure Georgene met her at gate and got her involved in the Heavenly Bridge Club.
Elaine Kloepfel
March 8, 2021
I'm very sorry to hear of June's death. I worked for June when she was with the State. She had a good heart and was a role model for me. My sympathies to her family.
Joan Ellen Larson
March 8, 2021
So sorry to hear about your mom's passing.
Nancy Nietman
March 7, 2021