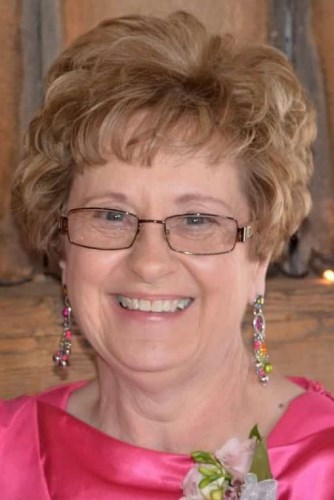 In addition, Kathy is survived by her brother, Peter Lison; and her sisters, Susan (James) Armstrong and Joan (Paul) Orchard. Other survivors include a multitude of nieces, nephews and many other family and friends.

Kathy was preceded in death by her parents, Marian and James J. Lison Jr.; and her sister-in-law, Christy Lison.

Kathy was born in Green Bay, Wis., in 1943, in the midst of World War II. When she was age 1, her father was deployed to serve with U.S. forces in Europe. During this time, she was raised by her mother and her Aunt Kay. In March 1946, her father safely returned from the war and related active military duty. Shortly thereafter, her first family began to grow; she was joined by a brother and ultimately two sisters.

When Kathy was 10, the family moved to Madison. Kathy went on to attend West High School where she was a member of Tri High Sorority and enjoyed spending time with a large and close circle of friends. West High was also where she initially met Pat, who would one day ask for her hand in marriage.

After high school, Kathy attended UW-Madison for one year and then transferred to Edgewood College, where three years later she earned a bachelor's degree in elementary education. In college, Kathy forged even more friendships, some of which would prove to be lifelong.

After college she moved to Palatine, Ill., where she taught elementary school for one year. She then returned to Madison where she worked as a teacher for another three years.

On July 8, 1967, Kathy was wed to Patrick O'Neill at Queen of Peace Church in Madison, Wis. The couple moved to a small farm near Deforest, Wis., and three years later they were blessed with their first child. Kathy had found her true calling in life, motherhood.

Two years later, she and Pat decided to add to their family and "have another one." But she was in for a surprise - she was expecting twins! Soon she was chasing three boys around a much larger farm that the family had moved to near New Glarus.

In 1978, the family relocated to Monroe, and the following year Kathy was blessed with the final addition to her family, a daughter.

In the years that followed, she threw her strength, energy, love, and determination into raising her family, and she loved it. She taught her children many things, most of all the strength and confidence that came from the unconditional love of a mother.

Over the years she provided countless hours of kinship and support to not only her own children, but her children's friends, whom she welcomed into her home, sometimes daily. During that time, she formed many special relationships with her children's friends that she enjoyed recalling many years later and some that would continue to this day.

After her own kids were all in school, she returned to work in education as a teacher's aide for many years at Parkside Elementary in Monroe. Later she worked at Rainbow Daycare in Monroe, working with infants, toddlers and preschoolers. She enjoyed returning to work and especially loved the chance to care for young children again. In Monroe, Kathy again formed some close and long-lasting friendships.

With patience, Kathy would be blessed with grandchildren. For the last 14 years, they were a primary focus of her love and attention and source of profound pride and joy. Her true passion in life was the education, cultivation, and caretaking of the next generation.

Some of Kathy's fondest memories were spending time with her parents, siblings, husband, children, grandchildren, and extended family. Kathy loved not only her family, but also the close friends she had lasting bonds with over the years. Kathy was kind, warm-hearted and made all of those around her feel special and loved. Kathy loved telling stories about her life to her family and friends, from the big events to the small and silly things. She also enjoyed gardening, movies, theatre, and Dancing With The Stars - all of which she found great joy in, especially when sharing with those close to her.

A celebration of life with family and close friends will be held later this year.

The family would like to thank all the staff at the Jefferson and UW Hospital and Clinics for the expert and compassionate care provided during her final months and days.

In her memory we ask you to spend time with your children and grandchildren, take a walk in nature with your loved ones, plant some flowers, or make a toast to enduring friendships lifelong and beyond. That is what Kathy would wish for you. Kathy extended her love and kindness to many, many people, and she will be dearly missed.