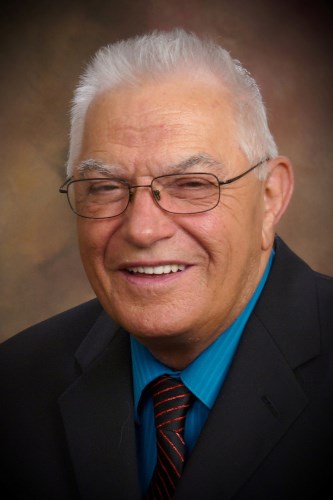 MADISON - Dr. Kenneth Munkres, 89, of Madison, Wis., passed away on Jan. 19, 2021, at the UW Hospital in Madison. He was born Nov. 11, 1931, in Oberlin, Kan., the son of Shurl and Sada Munkres. He graduated in 1949 from Gem High School in Gem, Kan. He did various jobs, including pig farming, and assisted his father on their wheat farm for three years before attending Kansas State College in Manhattan, Kan., where he received his B.S. in agriculture with high honors, 1956, and an M.S. in 1958. He then attended Yale University where he majored in molecular biology and genetics. He received his Ph.D. from Yale in June 1964 and married Marilyn (Nuzzo) Munkres in August 1964. He was a post-doctoral fellow at Stanford 1964-1966 before working at Los Alamos Research Laboratory in Los Alamos, N.M.

In 1968 he was offered a position at the University of Wisconsin with a joint appointment with the College of Agriculture and Molecular Biology. His focus was research and mentoring graduate students. He was known as a pioneer in the research on free radicals in various organisms which lead to successful research in humans. He presented the results of his research at various conferences in the U.S. and was invited to be a speaker at several international conferences, including in Italy, Germany, Switzerland, and Australia. He had the results of his research published in several scientific journals.

Following his retirement, as Professor of Molecular Biology and Genetics, he focused on his hobbies, including restoring AMC Spirits and acquiring an AMC Rambler. Ken was a talented accordionist who played over the radio station in Colby, Kan., and in a local polka band. When he moved to Wisconsin he played with numerous bands and even had a trio of his own. He was also a member of the Max Drexler Bavarian Brass Band in New Glarus, Wis., and played all over southern Wisconsin and as a soloist at various nursing homes. He loved old-time music and together with Ann attended many Oktoberfests and other music events. He enjoyed working outdoors tending his lawn and garden.

Ken was a longtime member of Unity of Madison Church where he was a volunteer on the garden team and enjoyed the Hospitality Hour on Sundays. He loved being in nature, and his favorite place was the Arboretum, sitting quietly on a bench overlooking the whole area.

Ken is survived by sons, Kevin Munkres of Austin, Texas, and Darryl Munkres of Madison, Wis.; brother, Ward Munkres of Colby, Kan.; and granddaughter, Courtney Munkres, who is completing her B.S. in the UK. He is further survived by his former wife, Marilyn Munkres of Colorado Springs; and former wife, Ann Zenner of Madison, who has continued to be his support for many years. He is also survived by stepchildren, Andrew Porter, Erin Ocelotl Montes (Felipe) and Laurie Kessler (Clifford); and step-grandchildren, Jennifer and Andrew Porter, Fernando and Isabel Ocelotl, and Megan Kessler.

The families would like to thank the Rev. Evin Wilkins for his spiritual support and the staff of the Trauma Life Support Center at University Hospitals and the Palliative Care Unit for their skill and kindness.

Ken will be greatly missed by his family and a celebration of his life will be held at Unity of Madison later in the year when the church can safely open.

The family requests that memorial contributions be made to the UW Arboretum.

To plant trees in memory, please visit our Sympathy Store.
Published by Madison.com on Jan. 31, 2021.
MEMORIAL EVENTS
No memorial events are currently scheduled.
To offer your sympathy during this difficult time, you can now have memorial trees planted in a National Forest in memory of your loved one.
Funeral services provided by:
Cress Funeral & Cremation Service - Madison East
MAKE A DONATION
MEMORIES & CONDOLENCES
Sponsored by Cress Funeral & Cremation Service - Madison East.
2 Entries
I want to offer my sincerest sympathies to the family of Ken. I knew him through having a relationship with his son Darryl for many years back in the early 1990s. Many great memories. Especially how me and Darryl use to say about his car... " The Polka Powdered Car!" it would smell like his pipe all the time. Great man and a laugh you never forgot. Again, sorry for you l hope all is well with you. Kevin and Mom(Marilyn), can't forget the great times we all had in Colorado when me and Darryl came to visit. Darryl the wonderful times we had together and the memories that I will always have with you, don't forget the ones with your parents cause losing both mine over 18 yrs ago already is still painful knowing their not here especially when I need them being alone. Please if you every need to talk email me, [email protected] Hugs to you all.
Rhonda Goldade
February 1, 2021
I was sorry to hear of Ken's passing. He gave me my start at the University of Wisconsin.
Rollie Littlewood
January 31, 2021