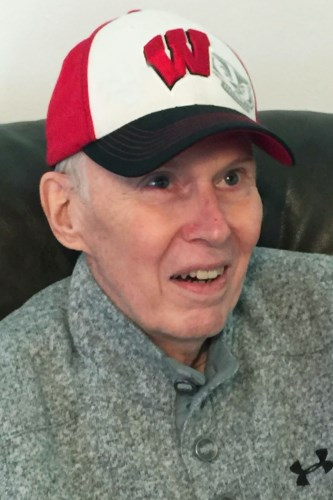 Larry was the first of three sons born to Benjamin and Ethel (Kroetz) Drake. He attended Sunnyside Grade School, graduating in 1953 and Madison East High School, graduating in 1957. Larry was employed at Silk Screen Advertising from 1956 to 2018. He was inducted into the U.S. Army in 1962 where he completed his basic training in Fort Knox, Ky., and then was stationed in Germany until 1964. Upon return he was in Active Reserves and attended MATC on the GI Bill.

Larry married Maureen Hagen on Oct. 7, 1961. For many years they enjoyed setting up the Christmas Village at Oakwood East for the residents to enjoy through the 2017 season. Together they also enjoyed working in their yard, having dinners out and playing cards with their friends. They also enjoyed many travels. Most importantly, holidays were special gatherings with their family.

In early years, Larry coached Kennedy Little League Baseball and also coached both youth football and basketball at the YMCA. He found great enjoyment in the company of the neighborhood children who often sought him out to play various sports. He was also an avid spectator sports enthusiast and a Wisconsin basketball fan and ticket holder. He especially enjoyed golfing and his monthly euchre group.

Larry had been accepted to participate in the Honor Flight which was postponed due to the pandemic. He was given memorabilia for the flight after he became ill and unable to attend before the trip was rescheduled.

He was preceded in death by his parents and many aunts and uncles.

We would like to thank all the caregivers at Oak Park Place and Agrace HospiceCare who coordinated his care.

In lieu of flowers, memorials may be given in Larry's name to Oak Park Place, Agrace HospiceCare, St. Dennis Parish or to a charity of your choice.

A celebration of life will be held at ST. DENNIS PARISH, 505 Dempsey Road, Madison, from 10 a.m. until 12 noon on Monday, July 26, 2021, followed by a Mass of Christian Burial. A luncheon will then be served. A private burial with the immediate family will take place at Highland Memory Gardens at a later date. The family requests that if you are immunocompromised or have not received the COVID-19 vaccine to please wear a mask for the health and safety of all guests. Online condolences may be made at www.gundersonfh.com.

Published by Madison.com on Jul. 21, 2021.
To plant trees in memory, please visit our Sympathy Store.
MEMORIAL EVENTS
Jul
26
Celebration of Life
10:00a.m. - 12:00p.m.
ST. DENNIS PARISH
505 Dempsey Road, Madison, WI
Jul
26
Mass of Christian Burial
12:00p.m.
ST. DENNIS PARISH
505 Dempsey Road, Madison, WI
Funeral services provided by:
Gunderson Funeral Home - Madison
MAKE A DONATION
Please consider a donation as requested by the family.
MEMORIES & CONDOLENCES
Sponsored by Gunderson Funeral Home - Madison.
5 Entries
Sorry for your loss. My husband, Dave & Larry were cousins. RIP Larry.
Sharon Kroetz
July 23, 2021
So sorry to hear of Larry´s passing and hope to be with the family on Monday.
Marty and Nancy Endres
Friend
July 21, 2021
When Larry was introduced to the Vetter family, he was immediately a part of our family. He was a caring loving husband and was very giving. The first memory I have of Larry was, I had my First Communion and he and Maureen came to Beaver Dam for it. At the time, Maureen and Larry I believe were engaged to be married. We sat down to dinner and I bumped my glass of milk over and it spilled all over my Communion dress and some spilled on Larry's shoe. I went to my room to change out of my wet dress and I wouldn't come out. My mom came to get me and I was crying because I thought Larry would not marry Maureen over spilled milk on his shoe. Age played a big roll in that thought. I hope you got a small chuckle from my true story. You will be sadly missed but you are not suffering and are with our Lord and deceased family looking down upon us.
Karen and Dan Foran
Family
July 21, 2021
We will all miss Larry he was always a very kind person!
Ken Deane
Friend
July 21, 2021
So sorry to hear of Larry's passing. I worked with him at Silk Screen Advertising from 1977 to 2018.
Jude Wagner
Work
July 21, 2021
Showing 1 - 5 of 5 results