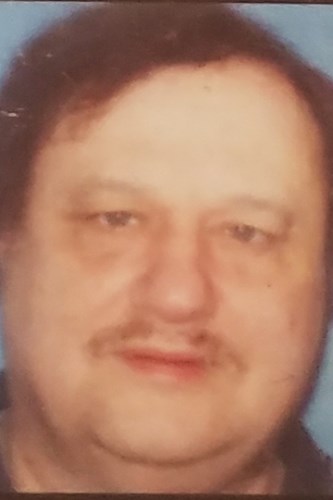 MADISON - We are sad to announce the passing of our beloved one on the morning of April 5, 2021. Len suffered various health issues over the course of several years. He was a real trooper and NEVER complained.

Len was born on Jan. 18, 1947, in Kenosha, Wis., the son of Arthur and Betty (Gerber) Pflugrad. He was the eldest of four children. He is survived by his brother, Dan; his sister, Amelia Pflugrad (husband, Ben); and another sister, Lisa Buttera (husband, Nick).

Len graduated from Kenosha Bradford High School in 1965. He then enlisted in the U.S. Air Force and was stationed in Athens, Greece. It was there that he met the love of his life, A. Moyra Gardner. Len and Moyra were married in 1970 in Glasgow, Scotand. Interestingly enough, Len was required to spend three weeks in Glasgow because of marriage licensing requirements. Len and Moyra then honeymooned for two weeks in Italy (Including playing hide and seek in the Coliseum!).

They moved to Kenosha after Len's service commitment. Len attended Gateway Community College in Kenosha and earned an associate degree in data processing. Len and Moyra moved to Madison in 1978 where Len secured a job with the Wisconsin Vocational, Technical and Adult Education Department as a computer programmer. They joined Good Shepherd Lutheran Church and spent many happy years making friends and going to Stephen Ministry Retreats.

Len was a long-standing member of the Madison Backgammon Club. His signature roll was Double Fives! Everybody knew Len as a kind and generous soul who was always thinking of others. He never had a bad word to say about anyone.

Len's family wishes to thank the staff at the Veterans Administration Hospital and the Belmont Street Nursing Home. They gave Len excellent care and endless kindness.

A celebration of Len's life will be announced at a later time.

To plant trees in memory, please visit our Sympathy Store.
Published by Madison.com on Apr. 11, 2021.
MEMORIAL EVENTS
No memorial events are currently scheduled.
To offer your sympathy during this difficult time, you can now have memorial trees planted in a National Forest in memory of your loved one.
GUEST BOOK
5 Entries
My thoughts are with you during this sad time. My condolences Gay Gross
Gay Gross
April 12, 2021
Moyra I was sorry to learn of your husbands passing. May God be with you during this difficult time.
Gayle Gustafson
April 12, 2021
Dear Moyra: Please accept my condolences regarding the passing of Len. I enjoyed reading the obituary. Trying to picture you and Len playing hide and seek in the Coliseum in Rome! Please reach out to any of us in the Greentree Garden Club if you need any support!
Mary Lou Reisch
April 12, 2021
Dear Moyra, I know this has been a very difficult year for you. I am sure that every member of the Greentree Garden Club sends you sympathy and offers support.
Bonnie Mitchell
April 12, 2021
My condolences to your family. I lived next door to Iris and Herbert Pflugrad in Kenosha. Cheryl was a best friend. I graduated from MDB in 1964. Lots of memories. God's peace.
Gail Knitter
April 11, 2021