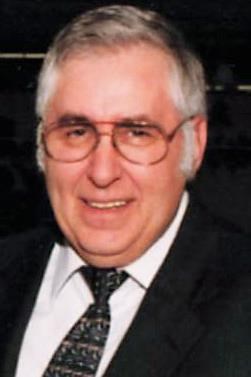 ARGYLE - Louis R. "Louie" Lancaster, age 79, of Argyle, Wis., passed away peacefully on Tuesday, May 11, 2021, at The Monroe Clinic Hospice Home in Monroe, Wis. He was born Dec. 21, 1941, in Darlington, Wis., the son of Harlow and Martha (Wenger) Lancaster. Louie grew up in Lamont Township in Lafayette County, Wis., and attended Dobbs Country School and later Darlington High School. Louie farmed in Lamont Township and later Wiota Township. He was united in marriage to his best friend, Carol J. Rolli, on Dec. 12, 1959, at Darlington United Methodist Church in Darlington.

In 1983, Louie and Carol moved into the village of Argyle. Soon after, Louie started Louie's Specialty Food where he distributed a number of food specialties in Wisconsin, Illinois, and Iowa over a 24-year period. Louie decided to retire in 2009.

Louie was a member of Argyle/Apple Grove Lutheran Church in Argyle. He was also a proud member of the Purple Martin Preservation Society and Lafayette County Historical Society. Louie was an avid sports fan and took great pride in attending his children and grandchildren's ball games. He was always cheering on the Milwaukee Brewers and Green Bay Packers. When Louie wasn't working, he liked to turkey, deer, and coon hunt, and always enjoyed a good card game and trying his luck on the slot machines and dog track races.

A public visitation will be held Friday, May 14 from 4 p.m. until 8 p.m. at ERICKSON FUNERAL HOME (801 Milwaukee St., Argyle). Online condolences may be expressed to the family at www.ericksonfuneralhome.com.

For those who prefer, a memorial fund has been established in Louie's name.