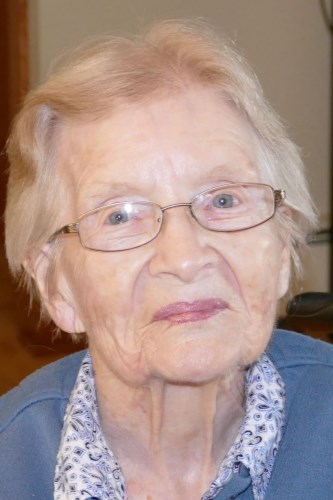 MADISON - Marlys Jean "Molly" Myrland was born on Aug. 19, 1930, in Madison, Wis. Raised by her mother and maternal grandmother, she learned determination, self-reliance and self-respect as a young girl. She attended Madison West High School, earning academic honors. Her driver's license declared her to be five feet tall (but she rounded up). Her diminutive stature belied an enormously strong, selfless spirit and the will to overcome obstacles.

An evening of ice skating at Vilas Park brought Molly and Dale Myrland together. Dale was better on the pitcher's mound than the ice, but they evidently had a good time skating. They married on Oct. 4, 1950 (during baseball's off-season). From that day forward, they were never apart until the pandemic of 2020 caused them to endure 13 agonizing weeks of quarantine-enforced separation. Molly moved to Agrace Memory Care in April 2020, because Agrace welcomed visitors-even in the midst of the pandemic-and from then on, Dale was by her side, quietly, heroically, from morning to evening . . . every day.

Family formed the core of Molly's world. She and Dale had four sons, having to bear the loss of Tommy, their second, to complications of spina bifida before his first birthday. Jim, Steve and Brian grew up in a happy, clean and always well-organized home. Like their father, they loved sports, and Molly was a fixture along the fence or in the stands, watching every inning, quarter and contest.

Along with managing home life, Molly volunteered for the Madison General Hospital Women's Auxiliary, forming lasting friendships with many wonderful women. After 35 years as a volunteer, she decided to retire but was persuaded to accept a paid position with MGH for five more years.

She was a good cook (mostly self-taught); she sewed many of her own clothes, and her handwriting was artful. She burned through books at a ferocious rate (ditto for crossword puzzles), and she was a skillful bridge player on Saturday evenings when Molly and Dale gathered with the three other couples of their bridge club (the Wises, the Schwartzes and the Van Kleekes) for a good meal and spirited games.

Mostly, she took pride in taking care of her boys (Dale included).

Christmas Eve was her favorite night of the year, and her planning and preparations went year-round. In addition to hundreds of individually decorated gingerbread boys and girls, the season brought wondrous meals (served on the Christmas Spode) and astonishing gifts - most notably, the sweaters.

To say that Marlys Myrland could knit is like saying Antonio Stradivari could make fiddles. Her knitting is the stuff of legend.

Everyone got a beautiful sweater on Christmas Eve: girlfriends, wives, grandchildren-everyone. Socks, hats and scarves were also produced. She knit all year long (though no one but Dale ever knew because surprise was Molly's joy). She knit on trips in the car. She knit during baseball game broadcasts. She knit when her boys were at school or asleep in their beds. She knit in winter's cold and summer's heat. Arguably, Dale had the toughest job: regularly watching his wife unravel a nearly-completed sweater-sometimes from neckline to hem-each time she spied a flaw . . . a loose stitch or imperfectly matched pattern.

Baseball and knitting were the bookends of the steadfast, loving partnership of Dale and Marlys Myrland. And those sweaters endure as a remarkable record of their remarkable love.

Marlys passed away peacefully in the early morning of Feb. 16 at Agrace HospiceCare.

Eric, David Rasmussen and Virginia (Rasmussen) Mullens and their children

In addition, she leaves behind a legacy of caring and generosity that we will recall with joy and try to emulate for all of our days. (And so many beautiful sweaters . . .)

A family memorial service will be held at Covenant Presbyterian Church. In lieu of flowers, donations may be made to the church and to Agrace HospiceCare. The family wishes to thank the good people of All Saints Memory Care and Agrace HospiceCare for their combined kindness to Marlys-and her family.

To plant trees in memory, please visit our Sympathy Store.
Published by Madison.com on Feb. 21, 2021.
MEMORIAL EVENTS
No memorial events are currently scheduled.
To offer your sympathy during this difficult time, you can now have memorial trees planted in a National Forest in memory of your loved one.
GUEST BOOK
4 Entries
Dear Dale, My condolences to you and your sons. It was a pleasure to visit with you and Molly at Coventry Village. I loved seeing the two of you caring for each other. Blessings to you
Michelle Anderson
February 22, 2021
Hi Jim, Steve, and Brian (aka) Bronco) this is Amy Ferger French and we were neighbors twice once when you lived on Charles Lane and then you lived next door to us on Orchard Drive. I was just telling a story to a couple of my grandchildren about your mom and dad. They were great neighbors and friends. My mom and Dad are gone now but the memories live on. God bless you all. The Ferger Family Tim, Cindy, Amy, Jay and Liz.
Amy French (
February 21, 2021
Steve, Kellie, Willie & Tom You have my condolences on the passing of your mom, mother-in and Grandmother. As I was sitting here in Florida reading the Wisconsin State Journal obituaries on the internet, I stopped suddenly when I saw your mom's name. Wow, what a "Life Well Lived." I could actually "feel" your mom's energy as I read her obituary. Her spirt still lives on. George Conom
George Conom
February 21, 2021 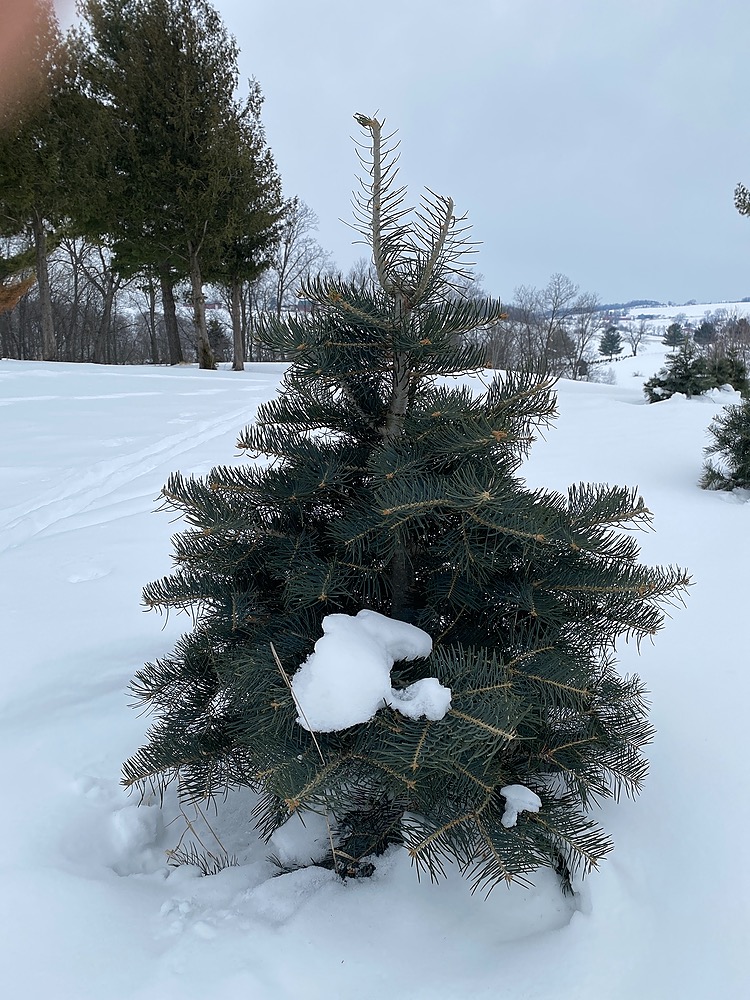 We were glad we got to meet Marlys and get a dose of her subtle sense of humor. We would like to deliver and plant a concolor fir in a place she would choose.
John and Lori Docter
February 21, 2021