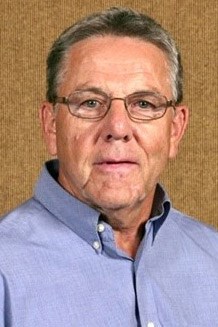 MADISON – Martin George Ballweg, age 78, of Madison, became an eternal angel on Saturday, Nov. 28, 2020, surrounded by his beloved family. He was born on May 19, 1942, in Martinsville, Wis., the son of Frank and Elizabeth (Laufenberg) Ballweg. He was united in marriage to Kathleen Ganser on Nov. 16, 1963, at St. Norbert's Catholic Church in Roxbury, Wis.

Martin had great faith and love for his family. He was a beacon of support for his ten children providing continuous encouragement and unconditional love. Marty had a career in construction, but it wasn't just "work" it was his passion. Reading blueprints, shooting grades, and seeing that final beautiful building, were all part of a process that filled him with great satisfaction. In 2002, Martin founded and was the President of Ideal Builders, where his countless relationships provided him with immense pride and self-fulfillment. Martin believed in the handshake and integrity of the personal relationship. Marty's strong work ethic and commitment to do his best is something he instilled in his family from his children down to his grandchildren. Leading by example with his incredibly positive spirit, all obstacles were viewed as merely another opportunity to whistle a tune and strive for excellence.

Martin loved sports, from coaching to cheering loud and proud in the stands. He found great joy and happiness in supporting his children in all their activities. On the weekends, he could be found on the golf course with Kathy and friends trying to fix his unique golf swing in some way that would lead to a victory, in whatever friendly wager he had cooked up. A wager you say??? Oh, how Martin loved to play cards, never turning down a game of Euchre or 500 with his loved ones. His wife, his kids, grandkids and friends can all hear Martin's knuckle as he went to play emphatically what he hoped was the winning trump card. Martin's lead foot is legendary with his family. His driving antics and creativity are something that all his passengers can attest to, it was time to buckle up and hang on for the ride. At the end of each day, Martin could be found serving up his favorite ice cream to Kathy so he could settle in and "rest his eyes."

A Mass of Christian Burial will be held at ST. THOMAS AQUINAS CATHOLIC CHURCH, 602 Everglade Drive, Madison, at 11 a.m. on Wednesday, Dec. 2, 2020, with Father Bart Timmerman presiding. Burial will be held at Middleton Junction Cemetery. Although there will be no formal visitation, family and friends are welcome to pay their respects at church from 10 a.m. to 11 a.m. on Wednesday.

The family would like to give a special thank you to Waunakee Manor for their exceptional and compassionate care for Martin these past four years. Thank you to Agrace HospiceCare for their support and care. In lieu of flowers, contributions in Martin's memory can be made to the Parkinson's Foundation. Online condolences may be made at www.gundersonfh.com.

"Some people don't believe in heroes, but they haven't met our dad."