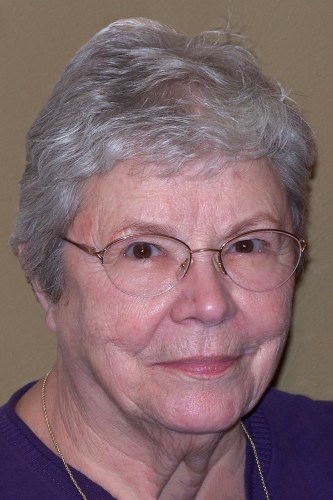 BLACK EARTH - Mary Joan Flannery, 88, of Black Earth, passed away on Sunday, Nov. 22, 2020, at Heartland Country Village, after a long battle with Alzheimer's dementia. Joan was born on Feb. 14, 1932, to Frank and Gertrude (McGill) Kuchar, in her grandparent's home on Castle Rock Ridge, in Grant County.

She was a 1950 graduate of Highland High School. Joan continued her education at Richland County Normal (UW-Richland) and later received her bachelor's degree in elementary education from UW-Platteville. Joan taught in several one-room schools and later at Lone Rock Elementary. She left teaching upon the birth of her son, Patrick, but returned to substitute teaching in the Wisconsin Heights School District for several years. Later she worked as a lab technician at the Wisconsin Crop Improvement Association where she retired in 1995.

Joan married James Flannery on May 1, 1954, at St. Phillip's Catholic Church in Highland. Joan and Jim joined Jim's brother, Reg, farming near Avoca in 1958. Upon selling the farm in 1964, they moved to Black Earth. Joan and Jim were inseparable and enjoyed traveling, especially going for rides on backroads, attending craft shows and spending time with their grandsons.

Joan is survived by her son, Pat (Jean) of Barneveld; grandsons, Jimmy (Tashyna) of Janesville and Dan (Taylor) of Brodhead; and her great-grandson, Macayne of Janesville. She is also survived by her sister, Elaine Matthews of DeForest; and several nieces and nephews. She was preceded in death by her husband, Jim in 2009; parents; mother and father-in-law, Lawrence and Dora Flannery; brothers-in-law, Harry "Keith" Matthews and Reginald (Edna) Flannery; sister-in-law, Pascal (Herbert) Johnson; nieces, Joleen Matthews and Janice Johnson; and a nephew, Robert Johnson.

A private Mass of Christian Burial will be held at St. Barnabas Catholic Church in Mazomanie and a private graveside service will take place at St. Joseph's Catholic Cemetery in Avoca.

The family wishes to thank the staff at Heartland Country Village for the care and friendship they provided to Joan over the years. We are grateful for the compassion they gave to Joan. Online condolences may be made at www.gundersonfh.com.

To plant trees in memory, please visit our Sympathy Store.
Published by Madison.com on Nov. 29, 2020.
MEMORIAL EVENTS
No memorial events are currently scheduled.
To offer your sympathy during this difficult time, you can now have memorial trees planted in a National Forest in memory of your loved one.
Funeral services provided by:
Gunderson Funeral Home - Black Earth
GUEST BOOK
0 Entries
Be the first to post a memory or condolences.