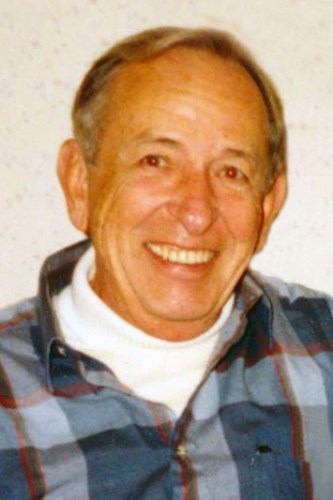 MONONA - Maurice Eugene Dewane, age 99, died on Saturday, Sept. 12, 2020, just one month shy of his 100th birthday. Maurice was born on Oct. 12, 1920, in Cooperstown, Wis., son of William and Caroline (Strouf) Dewane. He attended St. James parochial school, Denmark High School and Green Bay Business College. Before he entered the U.S. Army, he worked at the Manitowoc Shipbuilding Co., where submarines and LCTs were being built for World War II. Maurice served in the U.S. Army Air Force from 1942 through 1945 and was stationed at Grenier Field in New Hampshire as an accountant with the finance department. He attended the Army Finance School in Wake Forest College, N.C. Maurice was transferred overseas to the C.B.I. Theater of Operations and served in Assam, India and China at various air bases. He arrived home from overseas on Christmas Eve 1945 and was discharged as a staff sergeant. Maurice married Mary Louise Klauke of Hubbard Woods, Ill., on Nov. 16, 1946.

Along with his four brothers, he became a partner in the firm of Dewane Brothers, dealers in farm equipment and hardware at Maribel, Wis., from 1946 to 1963. When the business was sold in 1963, he was employed by the Wisconsin Department of Revenue in Madison as an auditor, supervisor and training officer for the Audit Bureau. Maurice became a certified public accountant in 1969 and was a member of the Southern Chapter of CPAs. He retired from the Department of Revenue in 1983 and worked for Madison Bookkeeping for several years. Maurice was a volunteer driver for RSVP, and pursued lifetime hobbies of trout fishing, genealogy, landscape painting, gardening, wine-making, reading, and collecting coins, postcards, books, etc. He authored a book on the history of Dewane Brothers which was well received by relatives and friends. He and his wife, Mary Lou, loved to travel throughout the United States, and also visited Ireland, England, Germany, Italy, Hawaii and Mexico over the years.

Special thanks to Janet for her tender, loving care of Dad so he could spend his last years in the comfort of his own home as he wished. Send him off with an Irish Whiskey toast so he's in Heaven a half-hour before the devil knows he's dead! Maurice will be remembered for his keen intellect and Irish wit. Rest in Peace Dad.

Alls so happy, alls so bright

In the Everlasting Light!

All the pain and grief are over

I am now at peace forever

Safely home in heaven at last!

To plant trees in memory, please visit our Sympathy Store.
Published by Madison.com on Sep. 20, 2020.
MEMORIAL EVENTS
No memorial events are currently scheduled.
To offer your sympathy during this difficult time, you can now have memorial trees planted in a National Forest in memory of your loved one.
Funeral services provided by:
Gunderson East Funeral Home
GUEST BOOK
1 Entry
So sorry to hear of your loss. Our hearts go out to the entire family.
Denise and Keith Thousand
September 20, 2020