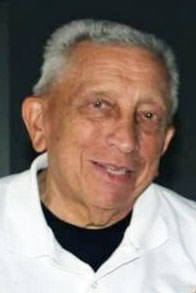 MADISON – After an extraordinary life filled with service, community and love, Melroy J. Feit, age 82, of Madison, passed away on Tuesday, Oct. 12, 2021, surrounded by his large, devoted family who adored him. He was born on July 10, 1939, in Manitowoc, Wis., the son of Frank and Barbara (Hlavachek) Feit.

Melroy worked as a Study Director and Chemist for Covance for 41 years, earning the Covance Way Award and becoming an expert in Nitrosamine Analysis. Melroy was also a member of the American Society of Brewing Chemists, and Toastmasters.

Melroy was incredibly invested in his church and community and gave back to others to make the world a better place. He was a well-known and beloved member of St. Dennis Catholic Church, where he served as a eucharistic minister in church and to area nursing homes. He was a longtime member of the Knights of Columbus 4th Degree, serving as Grand Knight, District Deputy, Membership Coordinator, and as a member of their honor guard.

One of his greatest joys was coaching. He coached basketball, tackle and flag football, baseball and softball at St. Dennis Catholic School (where he was also Athletic Director), Kennedy Little League, and the YMCA, spanning from his children to his grandchildren. Generations of East Side Madison kids were impacted by his kindness and leadership during their formative years, and this is a legacy of which the family is incredibly proud. He was also an avid volunteer spending his time at the VA Hospital, St. Vincent de Paul, Schoenstatt Sisters and the Apostolate for Persons with Disabilities.

Melroy played football and baseball both at St. Norbert College and in the Army. He played softball into his 50s and enjoyed golfing and bowling. He was a formidable euchre and sheepshead player and enjoyed spending time with his card club, as well as beating family members in heated euchre tournaments.

Melroy is survived by his best friend and beloved wife of over 50 years, Shirley; and was devoted to his daughters, Melisa Feit, Brenda (Zach) Lilla and Jaclyn (Grant) Sharpee; son, Scott (Jessica) Feit; grandchildren, Nikala and Cole Feit, Morgan and Riley Sharpee; his sister, J'Ette Koeppel; and three sisters-in-law, Kathy Feit, Delores Heidorf and Gwen Feit. His family was his pride and joy, and his life and impact will live on through them all.

In lieu of flowers, memorials may be gifted in Melroy's name to St. Dennis Catholic Church. The family wishes to thank Agrace HospiceCare, SSM Health, family and friends for all the wonderful care and support given to Mel. They would also like to give thanks to Sandy (Koeppel) Burke, whom Mel called his guardian angel, for "giving him the breath of life" in 2002 that allowed him 19 more years here on earth. Online condolences may be made at www.gundersonfh.com.