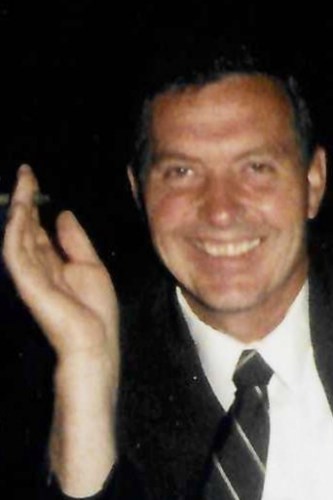 BROOKFIELD - Patrick Joseph Levenhagen was born to eternal life on Oct. 16, 2020. He was welcomed into heaven by his parents, Perle (Thompson) and Erving John Levenhagen; his infant son, Tim Patrick; his brothers and sisters, Gene, Betty, Dick, Jim, Ted, and Jerry; and in-laws, Chuck, Norm, Mary and Harry. He is survived by his loving and devoted wife of 63 years, Jill; his children, Jon, Kelly, Katy and Tim Christopher (Rachael); and his grandchildren, Patrick (Ami), Abby, Maggie, Erik and Heather. Pat is also survived by his sister, Mary Geldien; sisters-in-law, Jean and Rita Levenhagen; and sister-in-law, Jackie Molinaro Hayes and her husband, Hugh Hayes; and many nieces, nephews and friends.

Pat was born Jan. 1, 1935, the youngest of eight children. He grew up in West Allis, Wis. He attended Nathan Hale High School, where he was the President of his senior class. He was a 2019 Inductee into the Nathan Hale Sports Hall of Fame. Pat was a celebrated athlete, earning 11 Varsity letters in football, golf, basketball and track.

In 1952, Pat was Captain of the football team and led the Nathan Hale Huskies to an undefeated season and the Conference Championship. That season, he led the state in rushing with 1,254 yards and set a state record with 14.8 yards per carry, a mark that still ranks third all-time in state history. He was First-Team All-Conference and First-team All-State his senior year. Pat played on the Varsity Golf team all four years, winning the Individual Conference Championship as a senior. The team competed in the State Tournament twice during his tenure. His best individual state finish was third, and he was named to the All-State team.

Pat was awarded the Fred Miller, Allan J. Schaefer and Harlan B. Rogers scholarships to the University of Wisconsin. He was Captain of the freshman football team in 1953 and was voted Captain of the Varsity team his senior year in 1956. For three years he was a two-way starter. In the 1955 Wisconsin vs. Illinois game, he played every down at Camp Randall Stadium (the last player to do so). His record that year for average interception return yardage stood for 62 years. In 1955, he led the team in interceptions and punt returns. In 1956, he again led the team in punt returns. He concluded his college career by representing the University of Wisconsin at the 1957 East-West Shrine game. Pat was also an accomplished scholar. He was named Academic All-Big Ten Team in 1954, 1955 and 1956. He was named Second Team National Academic All-American in 1955. He was chosen as a University of Wisconsin distinguished Iron Cross award recipient in 1956. Pat Levenhagen was the 1957 UW Big Ten Medal of Honor winner. Pat met his wife and best friend, Jill Molinaro, at the University of Wisconsin during his junior year, and they were married in June 1957.

Pat graduated from the University of Wisconsin in 1957 with a Bachelor of Science degree, majoring in business education, and later earned his master's degree also in business education. Pat taught business classes and coached football and golf at Nicolet High School in Glendale, Wis., and Granville High School in Brown Deer, Wis. Pat coached the Granville football team to win the Braveland Conference Championship in 1962 and coached the golf team to a Championship in 1963. While teaching school Pat also taught Sunday religion classes at Our Lady of Good Hope Catholic church. He continued to play golf as an adult and won several Wisconsin state championships: the State Husband and Wife (three times) and the State Senior Best Ball. Pat competed in State Father/Daughter championships for 48 consecutive years with his two daughters, winning three times.

Pat left teaching and moved to Madison to become the Assistant Director of the Wisconsin State Bankers Association for two years. He then became the press secretary for John Erikson, who ran for the U.S. Senate in Wisconsin. At the end of the campaign he began his career in banking at the Marshall and Ilsley bank (now known as BMO Harris Bank). Pat is a graduate of the Wisconsin Graduate School of Banking. He started in Correspondent Banking in the early 1970s. He became the President of two-unit banks: M&I Bank of Greenfield and M&I Bank of Milwaukee County.

Pat retired from banking and volunteered time to Community Service for 10 years with Inter-Faith. Pat and Jill are also members of St. Mary's Catholic Church in Elm Grove, Wis. They are members of North Hills Country Club in Menomonee Falls, Wis., and later Tuckaway Country Club in Franklin, Wis. Pat loved to travel, first on family vacations and all over the world with Jill.

There will be a celebration of life at a later date. In lieu of flowers, please consider a donation to the Lewy Body Dementia Association, Parkinson's disease or a charity of your choice. Pat's family would like to thank the staff at Vitas Home Health for their care, compassion and understanding during this difficult time.

To plant trees in memory, please visit our Sympathy Store.
Published by Madison.com on Oct. 18, 2020.
MEMORIAL EVENTS
No memorial events are currently scheduled.
To offer your sympathy during this difficult time, you can now have memorial trees planted in a National Forest in memory of your loved one.
GUEST BOOK
3 Entries
O Jill, we are so sorry to read about Pat! Our prayers go out to you and all the family!
Ginny and Rod Anderson
October 18, 2020
We are very sorry for your loss Jill Our thoughts and prayers are with you all ! Bob, Theresa and Gavin Anderson
Bob Anderson
October 18, 2020
miss you dad!!
Kelly
Daughter
October 18, 2020