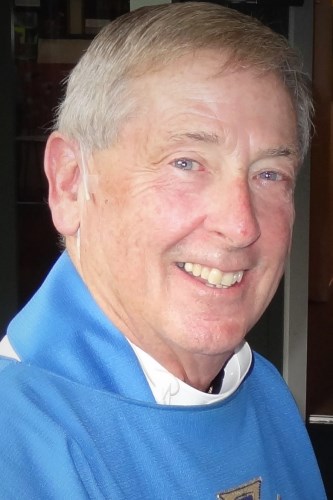 Paul was born on Sept. 23, 1938, in Lancaster, Pa., the second child of Alpheus John Goddard Jr. of Freeport, Ill., and Jane Dillon Goddard of Sterling, Ill. He attended public schools in Lancaster until his family moved to Sterling, Ill., in 1950. Paul graduated from the Eaglebrook School, in Deerfield, Mass., in 1953, and Shattuck Military Academy, in Faribault, Minn., in 1956. In 1960, he graduated from the University of the South, and The General Theological Seminary, in New York, N.Y., in 1963.

Upon ordination as an Episcopal priest, he served as associate rector at St. John's Episcopal Church in Lancaster, Pa., and then as rector of a mission parish in Rochelle, Ill., where he directed the building of its first church. His final parish was Grace Episcopal Church, in Galena, Ill. He then retired and moved to Madison, Wis., where he and his lifelong companion, the late Boyd Johnson, enjoyed many good years. During this time, he and Boyd owned and operated a restaurant and gift shop, in Middleton, Wis., known as The Gallery. Eventually, Paul established his residence on Sanibel Island, Fla., and spent his summers in the Madison area.

Paul was always an active and devoted clergyman in retirement, serving his churches gratuitously, both in Madison and Sanibel, in whatever capacities may have been needed. He was steadfast in his faith, and a comfort and friend to many. Aside from his professional pursuits, he, with Boyd, enjoyed traveling, boating, and entertaining, always in the company of their beloved poodles.

Paul was especially grateful to nieces, Kate and Mercy; nurse, Linda; nurse, Wendy; case worker, Michelle; and care consultant, Lisa, for their special attention during his final days, as well as his good friends in Madison, and the wonderful and caring parishioners and clergy of St. Michael and All Angels Episcopal Church of Sanibel, Fla.

A memorial service for Paul will be scheduled for a later date.

Memorial gifts may be made through Harvey-Engelhardt Funeral & Cremation Services: 1600 Colonial Boulevard

For the benefit of St. Michael and All Angels Episcopal Church of Sanibel, Fla.

To plant trees in memory, please visit our Sympathy Store.
Published by Madison.com on Jan. 7, 2021.
MEMORIAL EVENTS
No memorial events are currently scheduled.
To offer your sympathy during this difficult time, you can now have memorial trees planted in a National Forest in memory of your loved one.
Funeral services provided by:
Harvey Engelhardt Funeral & Cremation Services
GUEST BOOK
3 Entries
Paul was a gentle, wise, and empathetic friend and guide to me and so many others. He is missed and also celebrated for his precious time sharing his gifts with us at St Michaels. I send love and prayers to Paul´s family.
Luann Fortune
January 8, 2021
I was so sorry to see that Paul passed. He was such a special man. Rod & I loved sharing our traveling stories. I know how difficult it was for Paul when Boyd passed away. It's a comfort to know they are together. We send our thoughts and prayers to your families.
Rod & Sue Gallagher
January 8, 2021
My sincere condolences to the family. I enjoyed designing the residence for him and Boyd in cross Plains. Ed Solner Architect
Edward Solner
January 7, 2021