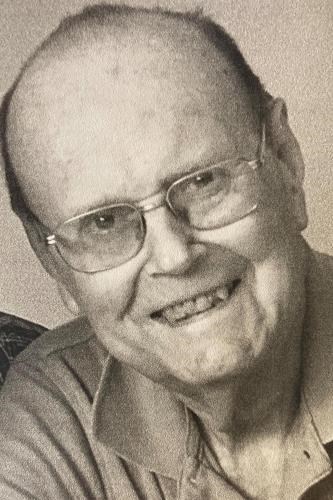 Robert was a high school teacher at Delavan-Darien High School from 1959 until his retirement in 1992. He loved teaching and received several honors during his teaching career. Robert helped establish and develop high school forensics in the State of Wisconsin. He was a member of the Delavan Lions Club, United Way, Habitat for Humanity, Delavan Park Commission, and Delavan United Methodist Church. He was an avid sports fan and loved the Badgers and Packers. He also greatly enjoyed trips that he and Ann took to Israel, China, Argentina, and to the Rose Bowl.

Robert is preceded in death by his parents; two sisters, Mary Helen and Lois; and a brother, Burton.

To plant trees in memory, please visit our Sympathy Store.
Published by Madison.com on Feb. 17, 2021.
MEMORIAL EVENTS
No memorial events are currently scheduled.
To offer your sympathy during this difficult time, you can now have memorial trees planted in a National Forest in memory of your loved one.
Funeral services provided by:
Monroe Funeral Home
GUEST BOOK
0 Entries
Be the first to post a memory or condolences.