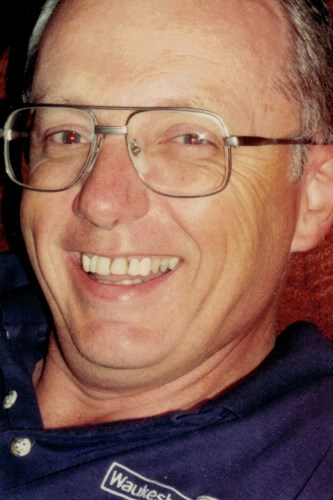 DODGEVILLE - Roger Alvin Dalsoren, age 75, passed away of RFC1 CANVAS on Friday, March 26, 2021, at Bloomfield Healthcare and Rehabilitation, Dodgeville, Wis. He was born on Aug. 13, 1945, in Stoughton, Wis., son of Alvin and Ruby (Nelson) Dalsoren. Roger grew up on the family farm, where they raised tobacco. After graduating from Stoughton High School, he enlisted in the U.S. Air Force where he served for four years, spending part of that time in Thailand. Roger attended UW-Platteville on the GI Bill and later began a 35-plus-year career at Waukesha Engine Company. He furthered his education at Marquette University and Milwaukee School of Engineering, and received his MBA from UW-Whitewater. Roger met his wife, Joanne, while they both attended UW-Platteville. They were married at St. Thomas Catholic Church in Montfort, Wis. Their beginning years were spent living in Waukesha, Wis., where they were both employed. In 1975 they purchased a home in North Prairie, Wis., and started their family. Danielle Marie was born on July 16, 1976. Her sister, Amity Joan, followed on Aug. 15, 1979.

Roger participated in annual deer hunts "up north" in Gordon, Wis., with a crew of family and friends. He also hunted turkeys and spent many hours fishing. Roger golfed on the Waukesha Engine company team. He played poker, "talked smart and smoked cigars" with a group of close friends for many years. Another source of relaxation was weekends at the family cottage on Lake Koshkonong near Fort Atkinson, Wis. Roger enjoyed watching all types of sports on television and in person. He was a faithful fan of Mukwonago High School football and basketball teams, for which both his daughters were cheerleaders. Roger kept close tabs on the Brewers, the Packers, the Bucks, and the Badgers. Over the years, the family vacationed in Gordon, Wisconsin Dells, Minocqua, Walt Disney World and Key West in Florida, and Costa Rica. When his career at his long-time place of employment ended, he spent several more years working at Weldall Manufacturing in Waukesha, Wis., before beginning his retirement. Roger's wife was his caregiver throughout his illness as it progressed.

Roger was a loving husband and devoted father and grandfather. He will be dearly missed.

A celebration of his life will be held at a later time.

The family would like to thank the staffs at St. Mary's Hospital in Madison, Bloomfield Healthcare and Rehabilitation of Dodgeville, and Agrace Hospice.

To plant trees in memory, please visit our Sympathy Store.
Published by Madison.com on Mar. 31, 2021.
MEMORIAL EVENTS
No memorial events are currently scheduled.
To offer your sympathy during this difficult time, you can now have memorial trees planted in a National Forest in memory of your loved one.
Funeral services provided by:
Gorgen Funeral Home
GUEST BOOK
0 Entries
Be the first to post a memory or condolences.