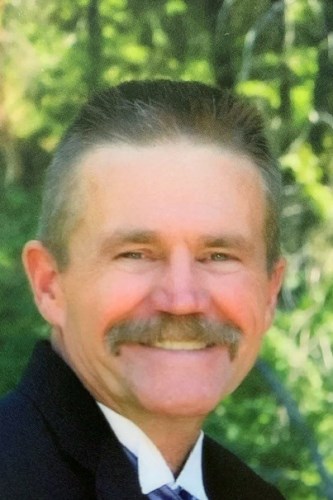 BLUE RIVER - Roger Wayne Hanson, 69, of Blue River, took the hand of Jesus on July 10, 2021. His new address is Heaven. Roger was born on April 28, 1952, in Cherokee, Iowa, the son of Egon Leroy and Janet Althea (Jans) Hanson. When Roger was 9 his dad married Shirley, who became his mother for the next 60 years. He was the oldest of seven children. He grew up on a farm in western Iowa and was active in 4-H and FFA.

He graduated from Aurelia High School, Iowa, in 1970. After graduation, he served in the U.S. Navy for four years.

Roger rode his motorcycle into the life of Pamela J. Harness on July 20, 1979, at Eagle Cave, Wis. They married the following June 21, 1980, at Peace United Methodist Church in Richland Center, Wis. Together they shared many adventures: family, hunting, hiking in the mountains, traveling, wine making, gardening, and harvesting the bounty of the garden, and playing cards and shenanigans for over 35 years with the Byrds Creek Shuffle Gang and friends. Most of all he loved spending time with his grandchildren and creating things for them. He was passionate about farming, an incredibly talented craftsman, an inventor, and problem solver. He enjoyed tinkering with his 1952 Chevy truck. Cutting firewood was a hobby he found relaxing. In later years, he found fulfillment in his work as Eagle Township Supervisor. He enjoyed working and traveling with McCon's family building Culver's restaurants.

He will be greeted in Heaven by his adoring in-laws, Roger and Sharon Harness; his dad, Egon Hanson; and his sister, Pam Ruge.

Roger lived his life journey with dignity and grace. He was hopeful and sincere in his beliefs.

He was devoted to his family and always had time for others. He was grateful to the VA and the Upland Hills Home Health and Hospice nursing staff for their wonderful care.

A celebration of life will be held at EAGLE CAVE, Blue River, Wis., to say farewell to a wonderful man and a life well lived, on Saturday, July 24, from 12 p.m. until 3 p.m. A private family graveside service with military rites was previously held at the Basswood Cemetery. Per Roger's request, donations may be made to the Basswood Church, Blue River Fire Department, and GRACE. The Pratt Funeral and Cremation Service is assisting the family with their arrangements.