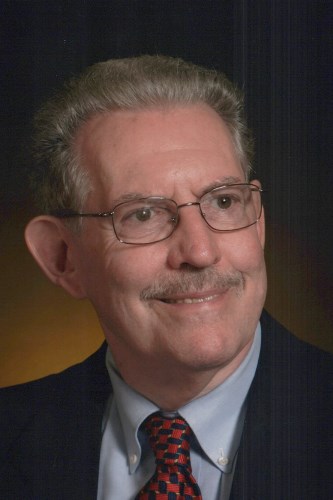 MADISON - Thomas Morton Boykoff was born on May 3, 1943, in Brooklyn, N.Y. He died on Dec. 28, 2020, in Madison, Wis. He moved to Madison to attend the University of Wisconsin and aside from three years attending law school, he lived there his entire adult life. He loved Madison, with its stimulating mix of state government, university life, UW sports teams, and friendly people. He had a lively sense of humor - he definitely knew how to laugh.

Thom Boykoff was a dedicated public servant. He held numerous posts in Wisconsin state government, from staff attorney for the State of Wisconsin Legislative Council to work at the Department of Revenue, where he provided legal and technical advice to administrators and drafted legislation and administrative rules. He enjoyed two stints as a commissioner on the Wisconsin Tax Appeals Commission, which he chaired from 1979 to 1983. He was also the General Counsel, Office of the Wisconsin Commissioner of Savings and Loan. After state agency reorganization, he emerged as an administrator for the Wisconsin State Department of Financial Institutions, where he regulated Savings and Loans Institutions. He loved politics and had numerous friends on both sides of the political aisle.

Boykoff believed deeply in the power of community and used his professional knowledge to contribute in Madison. He was a primary hearing examiner for the Madison Rent Abatement Program and worked with the Madison Community Development Authority. He was active in the State Bar of Wisconsin where, among other positions, he served as the president of the Government Lawyers Division. He was also active in the Dane County Bar Association and the American Bar Association. Boykoff also taught classes for the UW-Madison Law School between 1979 and 1991, including his favorite seminar: "Select Problems in Legislation." In addition, he co-authored the book "Community Property: A Nutshell" and authored "A Guide to Tax Appeals Procedures." He also published law review articles and wrote essays for the Wisconsin Bar Bulletin.

Boykoff was a one-of-a-kind man with an array of hobbies. He collected stamps, coin, and baseball cards. For decades, he wrote letters and birthday cards to foreign dignitaries around the world. He accumulated boxes of responses: Christmas cards from various Popes, an autographed photograph from the King of Jordan that arrived in a velvet box, letters from every U.S. president since Ronald Reagan, holiday cards from Fidel Castro. In a talk he gave to the Madison Optimists in April 2014, he said, "I do it because it's interesting; and I am fueled by success." He read widely on the U.S. presidency and had a special place in his heart for President Millard Fillmore; as such, he was a member of the "Fillmorons" fan club.

Thom Boykoff was an avid contributor to civic life in Madison, an active volunteer in the community. He volunteered with the Madison Literacy Council where he served on the board and taught adults to read and write English; the Literacy Network; Friends of Madison Downtown Library; and Friends of Middleton Public Library. He was a facilitator for the Sherlock Holmes Society, "Notorious Canary Trainers," and was a member of the Jane Austen Society. He also served as a lay minister at the First Unitarian Society; was a member of the UW-Madison women's basketball booster club; volunteered at the Wisconsin Historical Society and the Madison Historical Society; participated in Amnesty International's Madison Chapter; and was a member of the Madison Board of Review. He was a member of the board of directors of Historic Madison, Inc. where he created the Historic Madison Calendar. In 1994 the Wisconsin State Journal featured him in an article "10 Who Make a Difference" where he was quoted saying, "I want to give something back to Madison. I'm in love with the city, and if I can use my skills to help people reach consensus and solve problems, I want to help."

He will be buried in Forest Hill Cemetery in Madison. Due to the coronavirus, a celebration of his life will be held at a future date. The family suggests that, in lieu of flowers, memorials may be made to the Literacy Network and the First Unitarian Church of Madison.

To plant trees in memory, please visit our Sympathy Store.
Published by Madison.com on Jan. 3, 2021.
MEMORIAL EVENTS
No memorial events are currently scheduled.
To offer your sympathy during this difficult time, you can now have memorial trees planted in a National Forest in memory of your loved one.
Funeral services provided by:
Cress Funeral & Cremation Service - Madison West
GUEST BOOK
Sponsored by Cress Funeral & Cremation Service - Madison West.
3 Entries
I had the great pleasure of meeting Thom through my job. He was always so nice. You have my deepest sympathies.
Lori Oehlert
January 4, 2021
I knew and worked with Thom for many years at First Unitarian Society. He always made himself available to help out, and was a reliable Sunday morning greeter. I found him to be self-effacing and personable. He didn´t share much of himself' so this obituary fills in the many gaps in my knowledge of him. It was hard to witness his cognitive decline these past several years, but he never lost his sweet disposition. I have missed seeing Thom since my own retirement two+ years ago
Michael Schuler, minister emeritus
January 4, 2021
Offering our deepest condolences during this difficult time.
The Staff of Cress Funeral & Cremation Service
January 3, 2021