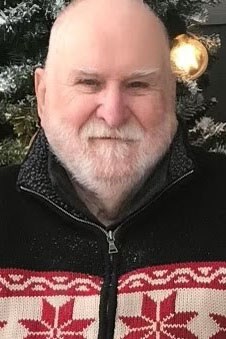 His professional career included teaching at Central Michigan University, working with special education students and their families in the Northwest Suburbs of Chicago, and guiding "personal growth journeys to the wilderness" for over 20 years.

He was an advocate of "Wilderness Therapy" and defined himself as a "Psychologist/Wilderness Guide."

He published his first book, "Wilderness Beyond... Wilderness Within' in 1980. He authored many other books, including "The Theory and Practice of Challenge Education" (1992), "Incidents in Challenge Education: A Guide for Leadership Development" (1994), "The Challenge of Native American Traditions" (1998), "The Book on Raccoon Circles" (2002), "Exploring the Powers of Solo, Silence, and Solitude" (2005), "Outdoor Experiential Leadership" (2006), "The Backpacker's Thinking Book" (2008), "Sourcebook of Experiential Education: Key Thinkers and Their Contributions" (2011), and "Peace Circles: Stories About Peacebuilders" (2013).

Throughout his career, Dr. Smith, who was also known as "The Old Raccoon,"" presented personal and professional development workshops at many regional, national, and international conferences. After he developed the experience and practice of "Raccoon Circles," he facilitated leadership training seminars in Japan, Hong Kong, China, Canada, South Africa, Ireland and Scotland.

In spite of his professional successes, he was quick to say that his most cherished achievements were his children, grandchildren and great-grandchildren. He was also very proud of the self-building of an earth-bermed, solar heated home near Cazenovia, Wis., where he and Charlotte lived for over 20 years.

To plant trees in memory, please visit our Sympathy Store.
Published by Madison.com on Jul. 13, 2021.
MEMORIAL EVENTS
Oct
3
Celebration of Life
1:00p.m. - 4:00p.m.
CAMP SUNRISE
7N749 Rte. 59, Bartlett, IL
MAKE A DONATION
MEMORIES & CONDOLENCES
6 Entries
I´m glad to have had many good times with you and your family. Going to St. Patrick parade watching us catch potatoes, carrots and onions and you were smoking a cigar and sipping on a beer. Later we would make a stew with all the vegetables that we caught. We sure did enjoy going to the different restaurants to eat, drink and be merry! You sure did love fried shrimp! I´m glad you lived a very full and blessed life with a beautiful family and friends! I´ll miss you, but your spirit lives on through all you have touched! I love you always
Anna C Auzine
July 16, 2021
My heart of love and prayers are with you all. Both your mom and dad have past on but live each day in your heart with special memories you each carry! May the Lord Jesus fill the emptiness with His love. You are all very special to me. Your mom and dads love and kindness shines in each of you. Love Dayle Ricci
Dayle Ricci
July 16, 2021
Glad I had the pleasure of meeting Mr. Smith you will be dearly missed.Sending healing prayers to the family.
Michael and Nona Simpson .
Family
July 14, 2021
What a great man and friend over many years -God bless Tom and his family
Jerry Hitzhusen
Work
July 13, 2021
Offering my condolances on your family's loss. May the warmth of his memory warm your hearts.
Laura Olsen Dugan
July 13, 2021
I will always remember the warmth, the inspiration, the joy and the laughs we shared at conferences of the International Association for Experiential Education (AEE) .... Tom was a revered elder, a co-founder of the OFA affinity group, and a cherished member of the AEE. The Old Raccoon .... how we will miss you. Thank you for all you shared with us and taught us, Tom!! With Love -- Bert
Bert Zipperer
Other
July 13, 2021
Showing 1 - 6 of 6 results