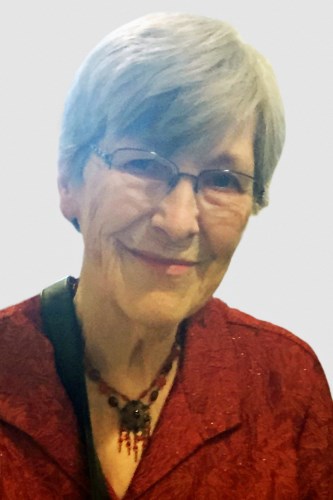 BLACK EARTH - Virginia M. Johnson, age 86, passed away peacefully on Thursday, Jan. 7, 2021, after living with dementia for many years. She died surrounded by the love of her family, who were with her in her final hours. Ginny lived a life full of love, joy, and laughter shared with family and friends. We will never forget her sparkle.

Ginny was born on Dec. 21, 1934, the fifth of seven children born to Earl H. and Selma K. Lee of Cross Plains. She was raised in Cross Plains and Black Earth, and graduated from Black Earth High School in 1952. From an early age, Ginny was tomboyish and joyful. She would swing from her knees on windmills, sing with her sisters, twirl a baton for the marching band, and romp in the park with friends. She described her courtship with Al Johnson as full of adventure and fun. They fell (and stayed) deeply in love. They were married in Vermont Lutheran Church on Feb. 28, 1953. After Al died in 2009, she would fill her pockets with treats each Sunday and leave them at his grave.

Along with her life as a wife, mother, grandmother, and dear friend, Ginny worked as nurse's aide, flower arranger, and pie baker. She cleaned homes for many years, charming her employers with her sense of fun and creativity, forging deep and lasting friendships. As a person of faith, Ginny was an active member of the Vermont Lutheran Church. Her contributions to the life of the church include youth choir director, Sunday school teacher, and lutefisk slinger. She lent her strong alto voice to the choir, arranged flowers for the altar, and peeled potatoes as needed.

Always creative, Ginny started writing poetry in midlife. While no best seller, she was very proud of "Menopausal Meanderings," the sometimes goofy, always entertaining volume of poems she self-published during that time. She was very proud of the song--"Mellow Love"--that she wrote about her marriage to Al.

Family and friends will remember Ginny for her strong alto voice, brisk walking pace, delicious home-baked bread, radiant smile, positive outlook, "pretend" Norwegian accent, love for her husband and family, and service to her church. Her life brought us so much joy.

We will leave you with a poem of Ginny's she called her One Line Zinger: "You're forty now, and I've heard rumors, that your dimpled cheeks are in your bloomers." 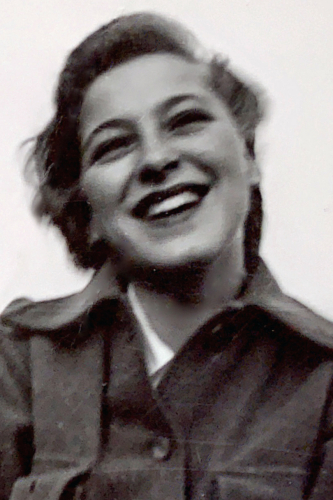 To plant trees in memory, please visit our Sympathy Store.
Published by Madison.com on Jan. 10, 2021.
MEMORIAL EVENTS
No memorial events are currently scheduled.
To offer your sympathy during this difficult time, you can now have memorial trees planted in a National Forest in memory of your loved one.
Funeral services provided by:
Gunderson Camacho Funeral and Cremation Care
GUEST BOOK
0 Entries
Be the first to post a memory or condolences.