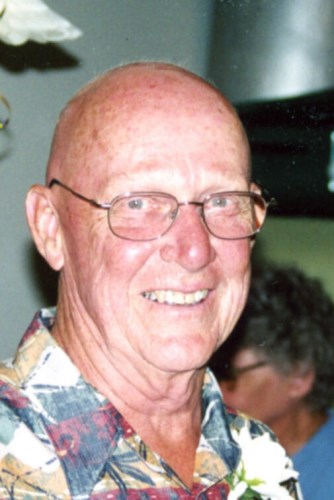 Walter was born on Sept. 27, 1928, in Ashland, Wis., to Harry and Elsie Samelstad. Upon graduating from the Park Falls High School, Walter enlisted in the U.S. Marine Corps in June 1946, until his honorable discharge in May 1947. On July 22, 1950, he married Patricia Corrigan in Park Falls, Wis.

Walter then attended the Wisconsin State Teachers College (now UW-Stevens Point), graduating with a Bachelor of Science degree in June 1952, being certified to teach geography, math, history and physical education. Upon graduating from State Teachers College, Walter was employed by the Amherst School District as a geography teacher and as an athletic coach, coaching baseball and basketball. In October 1954 Walter began his career with the FBI as a special agent, with his first duty station being in Kanas City, Mo. From Kansas City, Mo., Walter was transferred to the Rochester, N.Y., field office for 13 years, where he remained until his transfer to the Milwaukee, Wis., field office in July 1968.

In the summer of 1972, Walter was transferred to the Madison, Wis., field office until his retirement on December 1978. In the fall of 1992, Walter and Patricia built a home on Sherwood Lake in the Town of Rome, Adams County, Wis. Walter and Patricia were avid golfers and joined the Lake Arrowhead Country Club. During his employment with the bureau, Walter was mainly assigned to "Bank Robbery" investigations, which during the '60s, '70s and '80s was one of the bureau's main focuses. During this time, Walter was also involved in "self-defense and firearms training," involving local, county and state law enforcement in the State of Wisconsin. Walter was very enthusiastic with his interactions with Wisconsin Law Enforcement.

Walter is survived by his wife, Patricia; sons, Mark (RoxAnn) and Scot (Kathy); daughters, Kim and Beth (Eugene); 12 grandchildren; and 25 great-grandchildren. Walter was preceded in death by his parents, Harry and Elsie; and his sister, Violet.

Services were delayed due to the COVID-19 pandemic. Burial was held at Nola Cemetery in Park Falls, Wis.

A memorial Mass will be held at 11 a.m. on Saturday, July 24, at SACRED HEART CATHOLIC CHURCH in Nekoosa. Father John Swing will officiate. Military honors will follow the Mass at the church. Visitation will be from 10 a.m. until the time of service at the church.

Published by Madison.com on Jul. 20, 2021.
To plant trees in memory, please visit our Sympathy Store.
MEMORIAL EVENTS
Jul
24
Visitation
10:00a.m. - 11:00a.m.
Sacred Heart Catholic Church
Nekoosa, WI
Jul
24
Memorial Mass
11:00a.m.
Sacred Heart Catholic Church
Nekoosa, WI
MAKE A DONATION
MEMORIES & CONDOLENCES
3 Entries
So sorry to hear of Walt´s passing. Pat you and your family are in my thoughts and prayers... You were such good friends to my mom and stepdad Glenn and Hank.
Joanne Lewandowski White
Friend
July 22, 2021
We are very sorry to hear of Walt's passing. He was a good man and a better friend. We will be unable to attend the memorial service. Our prayers and love to the entire family.
Gene Brink
July 20, 2021
Great memories of Sun Prairie WI neighbors. Our thoughts and prayers are with the family.
John and Rose Boehnen
Friend
July 20, 2021
Showing 1 - 3 of 3 results