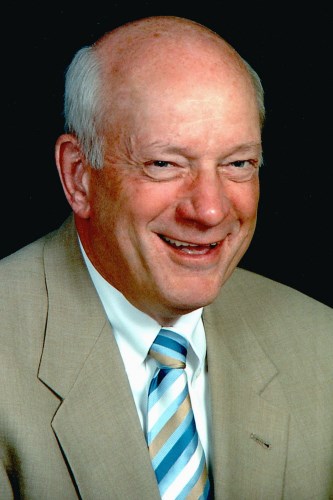 MADISON - William Arthur Clapp, age 79, of Madison, passed away due to complications from Alzheimer's disease on Wednesday, Feb. 10, 2021, at Agrace Hospice Memory Care. He was born on Jan. 4, 1942, in Kalamazoo, Mich., the son of Hillard and Esther (Stout) Clapp. Bill attended Kalamazoo College, where he earned his B.A. and B.S. degrees. He then earned his BSEE and MSEE from the University of Michigan. He married Barbara Friese on June 27, 1964, in Southbridge, Mass., after meeting at a freshman dance at Kalamazoo College.

Bill believed in the goodness of others and encouraged them to be their best selves and to fulfill their potential. He was outgoing and friendly and enjoyed a good joke. He was a mentor to his daughters and loving, equal partner to his wife.

Throughout his life, Bill enjoyed spending time outdoors, whether he was deer hunting, sailing, or playing golf. He enjoyed traveling, theatre, concerts, movies, and dancing. He was always up for a new adventure with family and friends. Bill was also an active member of First United Methodist Church in Madison, and in his younger days he played trumpet in a dance band.

For many years, Bill worked as a business executive specializing in turnaround management. He assumed leadership roles with ease and confidence at RCA, Cutler Hammer, Allen Bradley, Eagle Technology, Madison Kipp, Mayville Metal Products and Chatham Technologies. He acted as president and vice president for several manufacturing companies, and also served as the President of Business Development Consultants, his own company. He traveled extensively worldwide and served on several boards of directors.

A private family memorial service will be held on Wednesday, Feb. 17, 2021, at 1 p.m. Friends and family who wish to view the service via LIVE STREAM may visit Bill's obituary page at www.gundersonfh.com and click on the Live Webcast link.

In lieu of flowers, memorial donations may be made in Bill's name to Oakwood Village University Woods Employee Recognition Fund, Madison, or Agrace Hospice Foundation, Fitchburg.