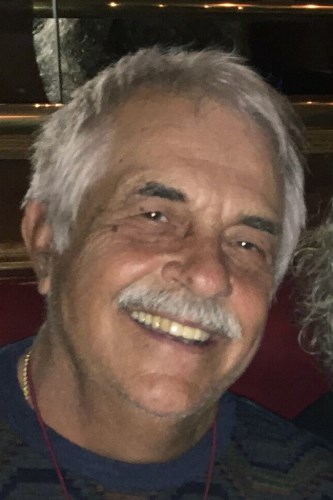 SAN ANTONIO - Wynn Grendahl was as unique as they come. As a matter of fact, he relished in the idea: the original non-conformist. Unfortunately, his uniqueness extended to getting a disease that relatively few get, ALS. It took his body, but never his mind, wit, spirit, compassion, or voice. ALS took him on June 21, 2021.

Wynn worked for decades as a computer programmer at Madison National Life Insurance, but if you asked what he did, he'd say he played golf. His motto: "If it's fun, they wouldn't call it work." He was a damn good golfer, though he always complained about not "hitting it on the club face." His golf buddies at Cherokee Country Club looked forward to him putting a smile on their faces. If he wasn't playing golf, you'd find him playing pinochle. He loved competition and tried to excel, whether it be bowling, racquetball, bridge, cribbage or chess.

His greatest love was for his four grandsons, making a point to spend alone time with each. He took the entire family to Venezuela, Riveria Maya and Disney World. His pride was palpable.

Wynn will be remembered for his megawatt smile, hardy laughs, honesty, self-confidence, generosity and again, his unique personality. While enduring almost four years of this miserable disease he never complained, but showed another side: dignity, grace, and wisdom.

Wynn was born in Ladysmith, Wis., on April 12, 1948, but moved to Monroe when he was young. He naturally loved sports and was even on the 1965 high school state championship basketball team. He had only one date in high school and was forced into that because it was prom. He never understood why he would date when he was having so much fun with the guys.

Wynn served in the U.S. Army in Vietnam. ALS is considered a military disease, and although the reason for this is unclear, more than 60% of the diagnosed cases are people who have served in the military. He said "I knew I could give my life for my country, but I never realized it would be now."

When asked if he wanted to have a say in his obituary, he said "I hope I'm remembered as a good guy."

It was Wynn's request that no funeral services be held. The family would appreciate donations in Wynn's name to either Paralyzed Veterans of America (PVA.org" target="_new" rel="nofollow">PVA.org) or the ALS Association (ALS.org).

We encourage you to visit Wynn's tribute wall to share a memory or photo for the family at dwbrooksfuneralhome.com.

To plant trees in memory, please visit our Sympathy Store.
Published by Madison.com from Jun. 30 to Jul. 14, 2021.
MEMORIAL EVENTS
No memorial events are currently scheduled.
To offer your sympathy during this difficult time, you can now have memorial trees planted in a National Forest in memory of your loved one.
Funeral services provided by:
DW Brooks Funeral Home
MAKE A DONATION
Please consider a donation as requested by the family.
MEMORIES & CONDOLENCES
Sponsored by DW Brooks Funeral Home.
1 Entry
So sorry to hear. Ann and I remember playing golf with Wynn and Leslie it was always a joy to play with them. Wynn always a gentleman, and just a great person to be around. We offer our condolences.
Ann/Bill Leidich
Friend
July 16, 2021
Showing 1 - 1 of 1 results