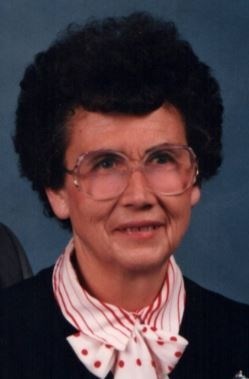 Audrey Jean Huyser, age 86, long time resident of Lincoln County went to be with her Lord and Savior on November 13, 2020 at the Lincoln County Care Center.

Audrey was born at the Gooding Hospital on January 8, 1934 to Clarence and Elva (Ohlinger) Low. The family lived near Gooding where she attended the Gooding schools. The Family attended church regularly and Audrey accepted Jesus Christ at a young age. She had two siblings, an older brother Dale and a younger sister Carole. She and her family always enjoyed the outdoors in work and play. She met Harold Huyser at a church gathering and they were later married on November 17, 1950. They enjoyed 65 years of marriage together. During that time, they purchased a farm east of Shoshone and raised crops and cattle as well as owning a dairy. Audrey especially enjoyed working with her cows on the dairy.

They had four sons, Marvin, Melvin, Norman, and Alton. She was always busy raising four boys and helping with the farm and livestock. Harold and Audrey went hunting and fishing many times with friends and family. They often included her parents and her brother Dale with his wife LaVon. It always seemed that Audrey would catch the first fish or get the first Elk before anyone else in camp would get a fish or elk. Audrey and Harold went with Alton's family on a salmon fishing trip and she was the first to catch a 49-pound salmon on that trip, the biggest catch of the day.

Audrey and Harold faithfully attended the Shoshone Assembly of God Church for over 50 years. She played the piano in church and she taught Sunday School while also being involved with other church activities. She also attended the Magic Valley Worship Center in Twin Falls and the Oasis Church in Shoshone.

Audrey was preceded in death by her parents Clarence and Elva Low, her husband Harold and her brother Dale Low.

Condolences can be expressed at: https://rosenaufuneralhome.com

To plant trees in memory, please visit our Sympathy Store.
Published by Magic Valley Times-News on Nov. 19, 2020.
MEMORIAL EVENTS
No memorial events are currently scheduled.
To offer your sympathy during this difficult time, you can now have memorial trees planted in a National Forest in memory of your loved one.
GUEST BOOK
5 Entries
May God give her a special place in the hearts and lives of those that were touched by her.
Jim & Sandra (Christopherson) Powers
November 20, 2020
We are so sorry for your loss! May the Lord be with you all and comfort you!
Bob and Naomi Wittell
November 20, 2020
I am so sorry to her of Audrey's passing... My sympathy, love and prayers go out to you all....
Karen Schmitt DeBoard
November 19, 2020
Please accept my sincere condolences on the passing of Audrey. My she rest in pease and lord give you all comfort
Jeff Scott
November 19, 2020
Sorry for your loss she was a wonderful person
Mechelle
November 19, 2020