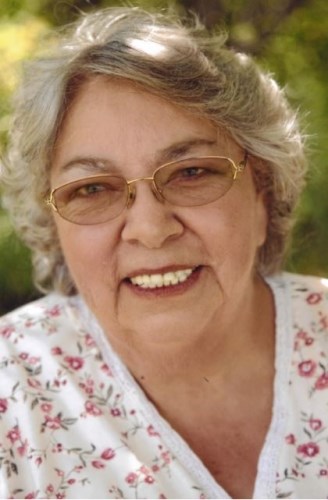 Barbara (Smith) Jenks, 87, passed away April 13, 2021 of natural causes just nine days short of her 88th birthday. She was born at home in Draper, Utah, on April 22, 1933. She was the seventh of eight children born to Archibald Smith and Bertha Lovina Crane Smith. She lived all her childhood in Draper, Utah, where she attended grade school and high school.

She married Virgil Lee Jenks on August 24, 1950 in the Logan LDS Temple. Barbara sent her new husband off to Korea just six months later, and spent the next two years learning to be a war wife. When Virgil returned home in 1952, Barbara and Virgil continued their lifelong love affair.

They eventually bought a new house in Murray, Utah and started their family there. Four children blessed the family within three years.

As the family grew so did the desire to be out of the city. They moved to Wendell, Idaho in 1959 and began life as a farming and dairy family. After a couple of moves the family settled on the farm south of Wendell off the Bob Barton Highway. Three more children were added to the family during this time. Barbara worked at home, and boned fish at the fish hatchery. They built a new house on the farm and increased the farm from 80 acres to 200 acres.

Lifelong members of The Church of Jesus Christ of Latter-day Saints, Barbara was always active in church, serving in the Primary, Relief Society, Young Women's and 25 years in Scouting, earning the district Award of Merit and the Silver Beaver awards. She also served as Stake Primary President. She served a full-time proselytizing mission for The Church in Queen Creek, Arizona.

When Virgil passed away, Barbara had a new house built in town and moved from the farm. She lived in her little home in Wendell until her passing. She loved to paint, puzzle, fish, garden, travel, temple work, family history, scrap booking, taking pictures and being with her family and friends.

Funeral service will be held at 11:00 a.m., Saturday, April 17, 2021 at the Church of Jesus Christ of Latter-day Saints, Wendell 2nd Ward, with a viewing beginning at 10:00 a.m. Grave dedication will conclude at Wendell Cemetery, 37 Nampa St, in Wendell

Memories and condolences may be shared with the family on Barbara's memorial webpage at www.farnsworthmortuary.com.

To plant trees in memory, please visit our Sympathy Store.
Published by Magic Valley Times-News from Apr. 14 to Apr. 15, 2021.
MEMORIAL EVENTS
Apr
16
Viewing
6:00p.m. - 7:30p.m.
Wendell LDS Ward Chapel
605 North Idaho Street, Wendell, Idaho
Apr
17
Viewing
10:00a.m. - 11:00a.m.
Wendell LDS Ward Chapel
605 North Idaho Street, Wendell, Idaho
Apr
17
Funeral service
11:00a.m.
Wendell LDS Ward Chapel
605 North Idaho Street, Wendell, Idaho
Funeral services provided by:
Farnsworth Mortuary & Crematory
MEMORIES & CONDOLENCES
Sponsored by Farnsworth Mortuary & Crematory.
5 Entries
We were so sorry to hear about Aunt Barbara´s passing. I´m sorry we didn´t get to see her more often. I hope all of you will feel our Savior´s comfort, and know many are filled with joy on the other side. Our thoughts and prayers are with all of you!
Marla Stephenson Martineau
April 17, 2021
Dear Jenks Cousins, I´m so saddened to hear of your moms passing. I had the blessing of visiting her about a year ago while returning home from a business trip to Bose. It was just before the craziness of Covid all started.. She was always so loving and welcoming whenever I stopped by for a visit I´m sorry I won´t be able to attend her funeral service, but please know that my thoughts and prayers are with each of you at this difficult time. Please stop by the Stephenson family farm anytime you might be down our way. You´re always welcome! Love, Sterling
Sterling Stephenson
April 17, 2021
We loved Aunt Barbara so much it will be hard to let her go. She was always such a special person. Love Don and Connie Smith
Connie Smith
Family
April 16, 2021
So long, until we meet again, Aunt Barbara. You will be missed. Peace be with your dear family.
Pam Mendenhall
April 16, 2021
So sorry to hear about your mom, our thoughts and prayers are with each of your families. Thank goodness for eternal families. I sure there has been some celebrating on the other side.
Tammy Stephenson Elwood
April 15, 2021