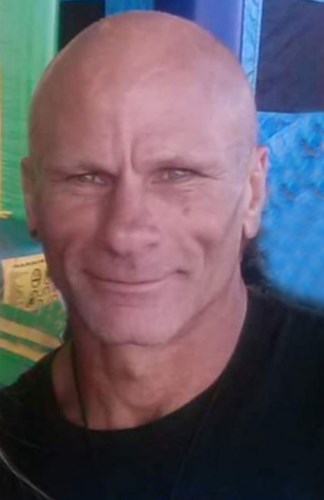 DECLO – Bret Charles Kelsey, the first, alias M.O.T.I. (Master of the Iron), left us and went up to work on that high-rise in the sky.

Bret was born May 16, 1959, to J Robert Kelsey and Dolores Florence Herron of Declo Idaho. He married Rachel Lee Bill in 1977. He worked at the Amalgamated Sugar Factory and then found his true calling as an ironworker, traveling around the United States. Bret was known for his crazy outfits … wearing purple on Thursdays, and a three piece suit on Sundays. Anybody that had an opportunity to work with Bret will never forget the character that he was.

People loved him. He was very likable and entertaining. Bret loved his family time; if you were friends, then you were family. Homemade movies with the cousins, bonfire with a hot dog roast, ice skating parties, camping, fishing, skiing on the canal, and collecting bottles from the junk yard … digging for hidden treasures... all were things Bret enjoyed doing.

Bret was a Midwestern Welterweight kick-boxing champion who held his black belt at taekwondo. He loved to instruct all who would learn his skills.

Bret protested tyrants for "We the People" along with his brother, Ronnie Kelsey. Fighting as the white knight for Medieval justice, he was easily recognizable by his well-known red truck.

He is survived by his wife, Rachel Lee Kelsey; daughters, Jeanine and Reannon Kelsey, and Amy Fullmer; three brothers, Edi and Valerie Kelsey, Bart and Tina Kelsey, and Ronnie Kelsey; and one sister, Deborah and Rodney Hammond; eight grandchildren; and three great-grandchildren. Bret was preceded in death by both parents; two brothers, Paul Kelsey, and Lynn Kelsey; his daughter, Jamie Thomas; granddaughter, Reannon Lively Asher, and a grandson, Bellamy Anderson.

Arrangements have been placed in the care of Rasmussen-Wilson Funeral Home of Burley. 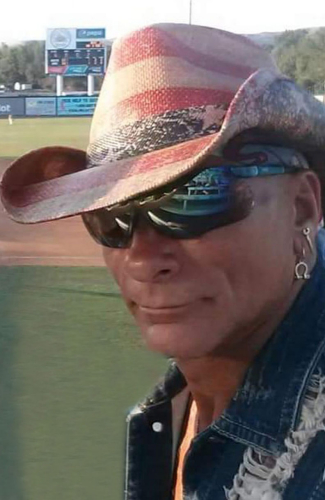 To plant trees in memory, please visit our Sympathy Store.
Published by Magic Valley Times-News from Oct. 2 to Oct. 3, 2020.
MEMORIAL EVENTS
Oct
3
Celebration of Life
2:00p.m.
Kelsey farm house
1018 E. 00 S., Declo, Idaho
Funeral services provided by:
Rasmussen Funeral Home
GUEST BOOK
2 Entries
Well, Bret, I'm very sad you left, too soon,I really wished I could of seen you,sooner.Then the last time I did visit with you.You will always put a smile on my face, when I think of you.There surely was no one like you, I,can hear your voice & laughter.I will carry you in my heart always.
Francine
October 14, 2020
Anyone that spent time with Bret knew he was always the life of the party. Family gatherings and camping trips were always more fun with Bret. He was always ready to break out the guitar and sing us a song. We lost you too soon, but the memories of the times we spent together will always bring us joy. Wish everyone could have had such an amazing uncle.
Wes Kelsey
October 4, 2020