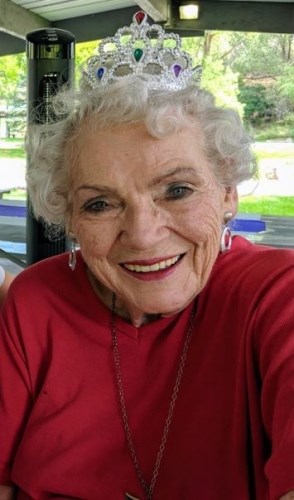 Dolores "Dodie" Buster passed away from heart failure at the age of 92 on Tuesday, October 26, 2021, surrounded by a loving family at Heritage Assisted Living of Twin Falls.

Dodie was born on July 14, 1929, to Frank and Lora (Sly) Reed at a birthing house in Twin Falls, Idaho. She was raised in Twin Falls and graduated from Twin Falls High School in 1947. She worked as a cashier and retired from Magic Valley Regional Medical Center in 1991.

Dodie married Glenn Kofoed, of Blackfoot, Idaho, in 1948. Together they lived in Blackfoot and had four daughters, Kathy, Terry Lynne (who died in infancy), Debra, and Cynthia. They divorced in 1957 and she moved back to Twin Falls to be near family.

In 1961 she married Eugene Buster. With the addition of Gene's daughters Barbara and Kathleen, the two raised five girls in Twin Falls. Gene had a son Ronald who was in the military and, lucky for him, did not have to endure living in a house full of girls. They divorced in 1976.

Dodie enjoyed entertaining and baking dinners for large groups of people. She was passionate about making Christmas goodies for family and friends and those who were fortunate enough to receive them loved them! They especially loved her popcorn balls.

The family would like to thank Dr. Victorija Laucius for the loving care given to mom. And thanks to the staff at Heritage Assisted Living for the tender care given to her over the past six months.

In lieu of flowers, please make a donation in Dodie's memory to the charity of your choice. Better yet, give a big hug to those dear to you.

In honor of her wishes, there will be no public service held for Dolores. The family plans to hold an intimate celebration of her life next summer.

Arrangements are under the care of Serenity Funeral Chapel & Cremation Services of Idaho, Twin Falls, Idaho. For tributes and condolences go to www.serenityfuneralchapel.com. 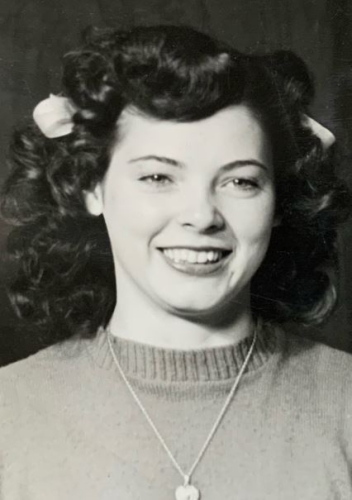 Published by Magic Valley Times-News on Nov. 21, 2021.
To plant trees in memory, please visit the Sympathy Store.
MEMORIAL EVENTS
To offer your sympathy during this difficult time, you can now have memorial trees planted in a National Forest in memory of your loved one.
Funeral services provided by:
Serenity Funeral Chapel
MAKE A DONATION
Please consider a donation as requested by the family.
MEMORIES & CONDOLENCES
Sponsored by Serenity Funeral Chapel.
3 Entries
I so remember the fun basement sleepovers the laughter and hugs you always had waiting for all of us who entered you doors. I also remember the day you placed my beautiful adopted baby girl in my arms for the very first time and called me mama. I loved you and your beautiful daughter Kathy more than you and your family may have known. Rejoice in heaven with those awaiting your arrival with open arms. I will miss you always with loving memories.
Billie (Baker)Smith
Friend
November 23, 2021
I remember visiting with Dodie on many occasions when I worked I. The business office at the hospital years ago. I´ll always remember her smile and her sweet disposition.
Susan Sivadon
Work
November 22, 2021
There wasn't a kinder more loving soul in the world. I'll miss you Dolores Mae Buster. Say hello to mom
Jason C Lyerla
Family
November 21, 2021
Showing 1 - 3 of 3 results