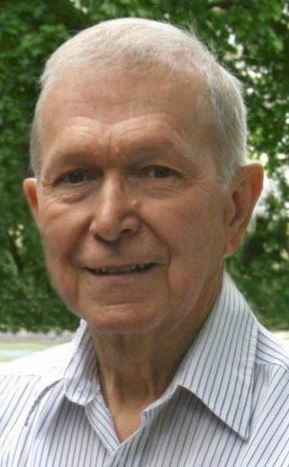 Douglas Lee Elgan passed away on November 14, 2020, in Soda Springs, Idaho at the age of 83. He was born January 13, 1937 in Anchorage, Alaska. He is the third of the four children of Jesse H. Elgan and Estella Bybee Elgan. He spent his early years in Anchorage, Alaska; Idaho Falls, Idaho; Portland, Oregon; and Salmon, Idaho before settling in Mesa, Arizona at the age of 13. After graduating from Mesa High School, he attended Arizona State University and later met Clarelyn White of Mesa, Arizona. They were married on August 24, 1960 in the Mesa, Arizona Temple and were later joined by five children. He was a faithful member of The Church of Jesus Christ of Latter Day Saints.

Douglas completed BS and MS degrees in Physics and worked for Motorolla, Inc. in their new semiconductor division for many years where he gained a love for engineering, hard work and problem solving. He generated several patents for his innovative ideas while working for Motorolla. Having fond memories of his childhood in Idaho, he decided to leave Arizona and move to Idaho with his family in 1979. They settled in southern Idaho and lived in the towns of Gooding, Buhl and Soda Springs.

Over the years, Douglas had a variety of interests and hobbies including hunting, fishing, home building, piloting aircraft, inventing new and improved products, farming and real estate development.

He is preceded in death by his parents Jesse H. Elgan and Estella Elgan, his sister Janice Wise and his brother Jess B. Elgan.

Douglas will be laid to rest in the Dayton Cemetery November 20, 2020. In lieu of flowers, please consider a donation to the Soda Springs Public Library.

To plant trees in memory, please visit our Sympathy Store.
Published by Magic Valley Times-News from Nov. 17 to Nov. 18, 2020.
MEMORIAL EVENTS
No memorial events are currently scheduled.
To offer your sympathy during this difficult time, you can now have memorial trees planted in a National Forest in memory of your loved one.
Funeral services provided by:
Sims Funeral Home - Soda Springs
GUEST BOOK
0 Entries
Be the first to post a memory or condolences.