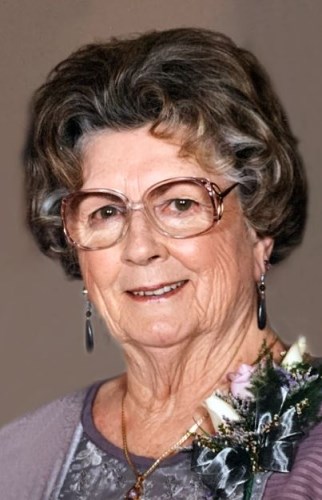 Florence Angela Jones Skaggs, a 94-year-old resident of Burley, Idaho, passed away Wednesday, June 2, 2021, at home with her children and loved ones by her side.

Florence was born February 2, 1927, in Bournemouth, England. She was adopted into the family of Henry Stephen and Agnes Wells Jones who also had a daughter, Annie, and a son, Willy. The family left England in 1939 before World War II hit and immigrated to New Zealand. Florence lived in Onehunga, Auckland until she married an American Navy man stationed in Auckland.

Florence married Charles "Chuck" Elmer Skaggs on April 20, 1944, and he was shipped back to the States soon after their wedding. She was 17 years old when she left her family and friends to cross the Pacific Ocean to her new home in the United States of America. They moved to Farragut, Idaho, where Chuck was stationed.

They had their first child in Northern Idaho, Charles "Charlie" Elvis Skaggs, and remained there until 1949 when they moved to Buhl in Southern Idaho. Eventually, they settled in Burley, Idaho, where they had two more children, Andrea Jone and Angela Jean. She was alongside Chuck as he started up Skaggs Furniture, which is now run by the next generations. Chuck passed away in 2001, which left a huge hole throughout the family. As a strong woman, Florence started yet another stage of her life.

Florence was always very proud to become an American and earned her citizenship in 1954.

She was involved in many clubs and organizations throughout her life; such as Eastern Star, Daughters of the Nile, Job's Daughters, CWF at the First Christian Church, Girl Scouts, Boy Scouts, and the PEO sisterhood. She volunteered as a Pink Lady, worked with hospice, and as a Parke View Rehabilitation and Care Center volunteer. She socialized at Bridge, with the Wacky Widows, and the Friday Lunch Bunch. Florence also enjoyed traveling. She was able to make many trips back to New Zealand and England as well as travel the world with Chuck. She continued to do so with friends and family after he passed away.

In her younger years, Florence was a Sally – a member of the Salvation Army. However, most of her adult life she was a member of the Burley First Christian Church. She was currently involved with Calvary Baptist Church in Burley.

The family had a wonderful team of caregivers. We extend our thanks to Shauna Moses, Sandy Lopez, Vicki Cox, Audrey Erickson, and Sherry Gomez. The Minidoka Memorial Hospital's hospice team was also a blessing to the family.

The funeral will be held at 11 a.m. Wednesday, June 9, at Rasmussen-Wilson Funeral Home, located at 1350 E. 16th St., in Burley, where family and friends will be received from 10 until 10:45 a.m. Burial will follow at Pleasant View Cemetery in Burley. Following the graveside service, a wake will be held from 2 until 4 p.m. at the Rupert Elks Club.

A live webcast of the funeral service will be available at rasmussenfuneralhome.com. 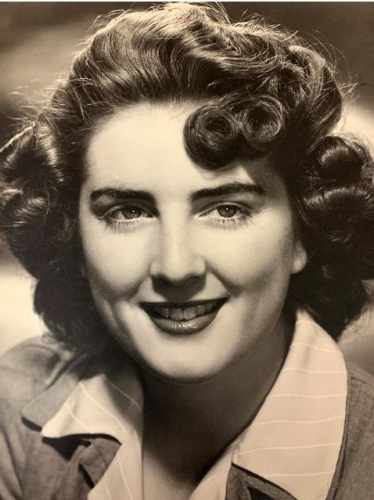