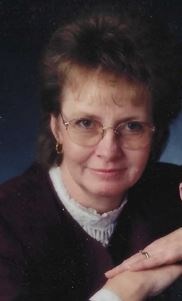 It was in Colorado Springs that she met her future husband, Ronald Linzey Black, also an "Army Brat," where both their parents retired. Gael and Ron were married March 31, 1967, at Sunnyside Christian Church before taking up the same type of nomadic life they experienced growing up. After 54 years, their union was cut short by Gael's cancer.

Eric was first born, in Colorado. In Portland, Oregon two more boys Charles and Shawn were born. Then the family moved on, following Ron's work, to Chicago, Indiana and Dubuque, Iowa where Adam, another boy, was born. In the next move, to Dearborn, Michigan, the first and only girl in the family DonElla and the fifth son, Daniel were born.

Changing occupations, the family moved to Idaho for Ron to return to school in Horticulture. That saw the birth of son number six, Kimball. After Ron finished school, the family moved to Caldwell where child number eight (and son number 7) Gerald, was born. He was delivered at home as Ron was out of work and the family had no insurance. Ron delivered Gerald downstairs while the other children listened in through the upstairs air vent. There was a ninth child that Gael miscarried in Twin Falls, Idaho when she was starting Nursing School at the College of Southern Idaho. We are not sure, but thought they told us it was another boy.

Gael attended Nursing School at the College of Southern Idaho from 1985 to 1987, graduating in 1987 as a Registered Nurse…. of which her family was always proud. Her first job was in surgery with the Twin Falls Clinic and Hospital (1987-2003). When the TFCH closed, Gael took a position as a traveling nurse before starting at St. Benedict hospital in Jerome for the next six years (2003-2009). Her last job was at the North Canyon Hospital in Gooding, (2009-2014) Idaho. It was from this hospital that she was forced to retire after being diagnosed with liver cancer (Hepatocellular). She always said that she had worked in every department but OB…as if bearing eight children did not count.

Gael's fight against her cancer began in 2014 and lasted seven long years at the Huntsman Cancer Center in Salt Lake City; having the right lobe of her liver taken out, chemotherapy, multiple ablations, and radiation, as the cancer metastasized to her spine and hip. She experienced months of physical therapy to even be able to walk again. The strain of the procedures on her liver proved to be too great, passing away shortly after the all family 4th of July reunion that she attended. She died in the arms of her love, Ron.

Gael was preceded in death by her father (Woodrow), deeply loved mother (Madelon) and an older brother, Charles Ray Whitley. She is survived by an older brother Clay Whitley, sisters Carla Omta and Wanda Anderson.

She is also survived by and, greatly beloved by, her husband Ron and children (8), Eric Barnes (Carol), Charles (Alisha), Shawn, Adam (Brad), DonElla, Daniel (Kale), Kimball (Justina), Gerald (Anna); grandchildren (20) Kelly, Kristy, Brittany, Melissa, Emily, Devan, Azlyn, Gavin, Tristen, Victoria, Anthony, Tiana, Kamree, Kaydance, Gatlin, Quinton, Hazel, Zeplynn, Brock and Marcus; great grandchildren (5+2) Haisley, Everett, Audriena, Adrian, Norah, and two due in July and August. Gael will be cremated and buried at Sunset Memorial Park in a double space on the Terrace Cremation Garden. A celebration of life service will be held at Community Christian Church in Twin Falls July 24th at 10:00 am. There will be a reception at the Black home to which all friends of Gael and the Black children are invited.

In lieu of flowers, the family would encourage donations to "Beds for Kids" or" Sage Women's Center" both in Twin Falls.

To plant trees in memory, please visit our Sympathy Store.
Published by Magic Valley Times-News on Jul. 18, 2021.
MEMORIAL EVENTS
Jul
24
Celebration of Life
10:00a.m.
Community Christian Church
, Twin Falls, ID
Funeral services provided by:
Sunset Memorial Park
MAKE A DONATION
MEMORIES & CONDOLENCES
Sponsored by Sunset Memorial Park.
3 Entries
Our deepest sympathy ,Ron, to you and your family.
John & Karen Phillips
Other
July 19, 2021
Gael was a great lady. I worked with her for several years at TFC&H. I´m so sorry to hear she´s gone!!!
Donette Black
Work
July 19, 2021
She was a great mom, not only to her children but also their friends. Our hearts and prayers to Dad, Chad & the rest of the family.
Alan & Susan Maschek
July 18, 2021
Showing 1 - 3 of 3 results