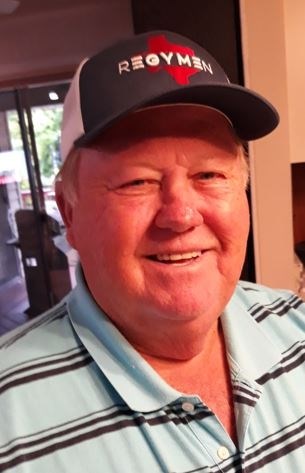 George "Rex" Golay 79, of Twin Falls, Idaho, passed away on Wednesday, October 6, 2021. Rex was affectionately known by family and friends as Sexy Rexy. Rex always said when he passed to the great beyond it was because of being shot by a jealous husband but instead, his heart just gave out.

Rex is preceded in death by his parents Bill and Venus, one sister Monica, and his son George Burke Golay.

Rex was born April 24, 1942, in Salt Lake City Utah. He attended Schools in Metolius, Oregon, and Twin Falls, Idaho. Rex served in the US Army and was stationed at Fort Ord California and Fort Hood Texas. Being a good storyteller, he had lots of interesting and fun stories about his stint in the army. Rex was forever the salesman. He worked for Buttrey Food & Drug Stores, Empire Corp, Gem Equipment Inc, Southwest Equipment Group, and then started his own business Idaho Farm Equipment totaling over 40 + years.

Rex was an upstanding "Jack" Mormon (Rex's Words!) and he attended the First Church of the Nazarene.

He liked the outdoors hunting, fishing, snowmobiling, golfing, and best of all four-wheeling. He was good at massacring the English language especially mixing up sayings. He was always good for a laugh and was definitely a trickster.

Rex and Sandee loved to travel and often visited their exchange students from around the world. He sure loved these kids. Some of the places they went were; Finland, Sweden, Germany, Switzerland (his ancestors' homeland), England, France, Brazil, the Caribbean, and the Panama Canal. When Rex and Sandee had a home in Arizona, they enjoyed many adventures with his sister Sandy.

A celebration of Life service for Rex will be held on Saturday, October 16, 2021, at 3:00 p.m. at the Turf Club located at 734 Falls Ave Twin Falls Idaho. "Rex always liked a party with good food and a nice visit," so we will do just that.

Memorial Donations may be made in Rex Golay's name to CSI Foundation for the Athletic Department, PO Box 1238, Twin Falls, ID 83303-1238. Rex was a longtime fan and booster Dad.

To share a memory of Rex or leave a special condolence message for his family, please visit www.rosenaufuneralhome.com and click the tribute wall button on Rex's obituary page.