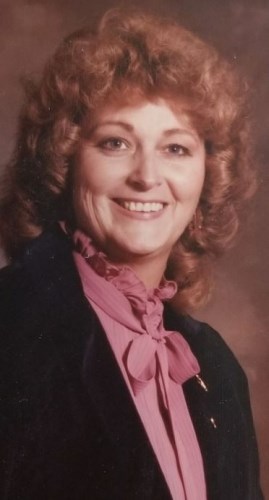 Glenna left this life at her home in Filer, Idaho on November 15, 2021, peacefully anticipating the next adventure. She was born on April 10, 1937, in Heyburn, Idaho to Edna Lee and Ross Clarence Brower. She spent many treasured hours with her Grandma Lee learning to crochet and sew. She was active in dance, baton, and cheerleading and was a student of the last graduating class from Heyburn high school in 1955. She married Bruce Mecham in 1956 and they were blessed with four children, Terrie Lawley of Filer, Idaho (Dave), Lorrie Dixon of Nampa, Idaho (Scott), Jackie Anderson of Meridian, Idaho (Monte), and Clay Mecham of Filer, Idaho (Jan). Bruce and Glenna were divorced in 1976. She married Jay Boss in 1982. He died in 1999 and she married Leonard Mealer in 2002. They enjoyed a few precious years traveling to the Oregon coast and other fun places.

Glenna's greatest joys in her life were her grandchildren and great-grandchildren. Her legacy lies in these children's many memories of camping at Anderson Ranch, the candy bag, bedtime lullabies, and almost endless chats. Her lifelong membership in the church of Jesus Christ became especially dear to her later in life.

She is survived by her four children, their spouses, 15 grandchildren 26 great-grandchildren, her brother Darrell Tilley (Janet), and brother-in-law Derral Warner.

She was preceded in death by Jay and Len, a grandson, Kyle Mecham, her sisters, Ione Bailey and Raedene Warner, her brother Gaylon Kidd as well as her parents.

Published by Magic Valley Times-News on Nov. 19, 2021.
To plant trees in memory, please visit the Sympathy Store.
MEMORIAL EVENTS
To offer your sympathy during this difficult time, you can now have memorial trees planted in a National Forest in memory of your loved one.
Funeral services provided by:
Rosenau Funeral Home & Crematory
MAKE A DONATION
MEMORIES & CONDOLENCES
Sponsored by Rosenau Funeral Home & Crematory.
0 Entries
Be the first to post a memory or condolences.