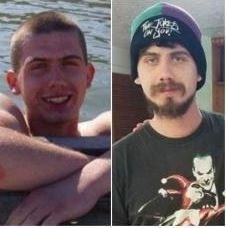 Jacob was known for having a kind spirit, an infectious laugh, and a fun sense of humor. He loved spending time with his family, especially his precious daughter, Keira, whom he adored. He would help anyone that needed it in any way he could. Jacob found beauty in the parts of life others often overlook and took the time to write and reflect on what he noticed. Fiercely independent, he lived life on his terms and was rarely bored; he would immerse himself in video games, music, and movies and took an early interest in blacksmithing, anime, and martial arts. One day, he hoped to travel to Japan.

Jacob was an irreplaceable son, friend, brother, and dad, and his absence will forever stand out. All who loved him are immeasurably grateful for their time with him and are comforted that he is at rest and in peace.

He is preceded in death by two grandfathers, George Ward & James Toone Jr.; one niece, Allyson Caputo; and one nephew, Christopher Caputo.

To plant trees in memory, please visit our Sympathy Store.
Published by Magic Valley Times-News on Jul. 13, 2021.
MEMORIAL EVENTS
Jul
24
Celebration of Life
12:00p.m. - 3:00p.m.
LDS church
, Hagerman, ID
Funeral services provided by:
All Valley Cremation - Nampa
MAKE A DONATION
MEMORIES & CONDOLENCES
Sponsored by All Valley Cremation - Nampa.
3 Entries
I am so so very sorry for your loss! Sending love, hugs and prayers to the family!
Kathy Shockey
Other
July 13, 2021
My deeply condolences to the family.
Maria Slone
Family
July 13, 2021
Our deepest sympathy for the loss of your son Jacob. Chris if you need anything please feel free to call anytime.
Freddie & Donna Evans
Friend
July 13, 2021
Showing 1 - 3 of 3 results