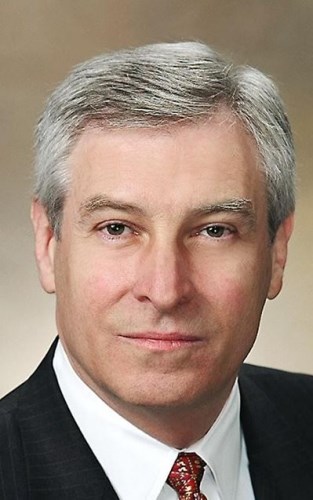 James Patrick Kelly of Atlanta, GA, died on Monday, February 15th, at his home, surrounded by his family. He was 74.

He fought cancer, with courage, for 17 years. He won that fight. Jim held on to watch his oldest grandson grow taller than him, and fall in love, and score for his high school Varsity soccer and lacrosse teams. He held on to teach his second grandson to ride a horse, and to build a trap with his own hands, and to shoulder a rifle. And he held on to see his youngest grandson beat him down the mountain on skis, then march off to school in a Lovett uniform.

Jim was born on March 25, 1946, in Twin Falls, Idaho. He grew up in neighboring Jerome, and cherished time spent on his grandfather Alastra's sheep ranch in Hazelton.

He moved east and graduated from Harvard College in 1968, where he won the Landon Prize. Along the way, during a summer job helping to build a school in rural Appalachia, he met the love of his life: Carol White of Shreveport, Louisiana, who was volunteering as the school teacher. War interrupted his studies and he was drafted out of law school into the United States Army. He and Carol moved to Augsburg, Germany, where their daughter, Mary Louise, was born in an Army field hospital. Jim served as a Captain from 1968-1972. Upon returning to Cambridge, he graduated from Harvard Law School in 1975, where he served as editor of the Harvard International Law Journal.

Jim practiced law in Atlanta for 45 years. Prior to founding the health law boutique of Kelly Law Firm in 1986, he practiced with several leading firms in Atlanta. He lectured and wrote frequently and was an American Health Lawyers Association Inaugural Fellow in 2005. He served on the Board of Directors of the American Health Lawyers Association and the Board of Directors of the Georgia Academy of Healthcare Attorneys. He served his community as President of the Harvard Club of Georgia, as an usher at the Cathedral of St. Philip, as a member of the Capital City Club and the Lawyers Club of Atlanta, and as team dad and unofficial photographer for more of his son, C.J.'s, baseball games than you can count. Both his children followed him to Harvard. Mary Louise became a novelist and journalist at NPR's All Things Considered; C.J. built a career in commercial real estate and is Senior Vice President at CBRE, which we mention because Jim would want you to know. He was so proud of his family.

Jim loved to run. He ran the Marine Corps marathon; he ran behind his kids while teaching them to ride a bike; he ran the Peachtree Road Race, every year. He loved to ski. He loved to hike, especially through the aspens around Jackson Hole. He loved to travel, and to read, and to watch old war movies, and to sit on the porch of Gus's cabin at Burge Club. He loved a good Manhattan, mixed with Woodford Reserve Bourbon. He loved German sausages and spatzle, and when his wife baked him gingerbread boys at Christmas.

He loved to compete, and he taught his family never to give up. Late in life, when he couldn't run as fast as he once did, he took to training for the weight-lifting competition at the annual Basque festival in Gooding, Idaho. The premise is simple: take a 108-lb. weight in each hand, square your shoulders and walk until you drop. Jim left men half his age in the dust. His crowning achievement was a third place finish in 2016, for which he won $10. While this technically made him a professional Basque weight carrier, he preserved his amateur status by competing under his Basque grandfather's name, or as Jim called it, his nom de guerre: Santiago.

Jim was preceded in death by his father, James Patrick Kelly, Sr. and his mother, Ynes Alastra Kelly.

He is survived by his wife of 52 years, Carol White Kelly; his children, Mary Louise Kelly of Washington, D.C. and C.J. Kelly of Atlanta; his son-in-law, Nicholas Boyle; his daughter-in-law, Jennifer Kelly; his grandsons, James Boyle, Alexander Boyle and Cache Kelly; and his sisters, Marie Kelly and Irene Kelly.

A celebration of Jim's life will be held in Atlanta when it is safe to gather. Arrangements by Patterson Funeral Home. A service is planned at Arlington National Cemetery in the Washington, D.C. area in the fall.

In lieu of flowers, donations may be made to: Dean's Undergraduate Fund for Travel and Research, in Memory of James P. Kelly '68, Harvard University, PO Box 419209, Boston, MA 02241.

To plant trees in memory, please visit our Sympathy Store.
Published by Magic Valley Times-News on Feb. 18, 2021.
MEMORIAL EVENTS
No memorial events are currently scheduled.
To offer your sympathy during this difficult time, you can now have memorial trees planted in a National Forest in memory of your loved one.
Funeral services provided by:
H.M. Patterson & Son-Oglethorpe Hill Chapel
GUEST BOOK
12 Entries
We are so sad to hear if Jim’s passing. We have fond memories of our children’s friendship during Lovett School years. We have enjoyed following Mary Louise’s career and reading her books. Jim had a very full and rewarding life and I am sure your memories of you life together will bring comfort. Our thoughts and prayers are with you.
John and Becky Spotts
John and Becky Spotts
Friend
February 20, 2021
Jim was one of my early mentors at Smith, Gambrell. I recall assisting with a few CON Applications ... and Jim's perpetual patience with my questions. May Jim's memory forever be a blessing to friends and family alike.
David Schoenberg
February 19, 2021
May the love of friends and family carry you through your grief.
February 18, 2021
carol & CJ, u are in my thoughts & prayers.
I am sorry we can't gather to celebrate you Fathers life. He was a wonderful man.
Suze Surdyk Jones
Friend
February 18, 2021
Carol, I wish you and your family peace and healing at this difficult time. I so much enjoyed getting to know you and Jim while he and I worked on many projects for PCDI and Ashworth College over a 20-year period. He was a careful, wise and kind counsel whose clients viewed as a friend.
Karl Freedman
Friend
February 18, 2021
I always admired Jim for his brilliant mind, but I liked him as a friend for his kindness, always interested in how you were doing. He was one of the nicest guys I knew. A true JHS 64 star.
Trudy Smith Byrns
February 18, 2021 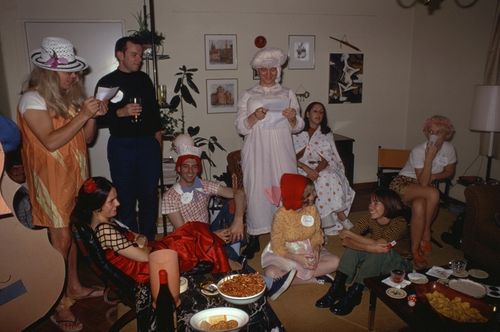 I am saddened to learn of Jim's passing. We worked together in a military intelligence unit, located in Augsburg, Germany, during the early 1970s. Jim made a significant contribution to the national security effort in support of European Command and US Army Europe during the Cold War.
We only recently connected and Jim helped to plan a reunion, scheduled for September last year in his home state of Idaho. Unfortunately, the pandemic put those plans on hold.
I've attached a photo, taken in Augsburg, during a happier time. I'll let readers identify Jim and Carol.
My sincere condolences to Carol and the Kelly clan.
Dave Tucker
Served In Military Together
February 18, 2021
James was well liked and admired at Jerome High School. He was always kind and intelligent. He made the world a better place.
Penny Cristobal Stubbs
February 18, 2021
I was always in awe of how smart and hard working james was in high school. i loved bragging about the successes of my friends and relatives from jerome.
sue robinson
February 18, 2021
So sorry to hear about the death of classmate, James Kelly. We were in school together from first grade on and he was salutatorian of our graduation class of 1964. Im so happy to see all of his success and hopefully happiness in his life. He was always a very nice guy.
Deborah Becker Hudson
February 18, 2021
I’ll always remember Jim carrying 110 lb dumbbells in each hand as he walked the cart paths at Capital City at 6:00 am. What an inspiration!
Robert Durham
Friend
February 18, 2021
I´m so sorry to hear of Jim´s passing. He was my my first cousin on my father´s (Luis Alastra) side. Many hugs and prayers as you maneuver through this difficult time.
Janelle Alastra Severson
February 18, 2021