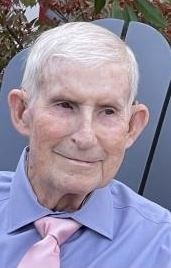 Jimmie (Jim) L. Mikesell passed away peacefully on November 16, 2021, surrounded by loving family members in Eagle, Idaho. Jim was born on December 11, 1931, in Spanish Fork, Utah. Born to Lewis Dean Mikesell and Irma Belle Stapley Mikesell Johnson, he was the youngest of four boys. After losing his father at age three, he was raised by his single mother.

Jim grew up in Spanish Fork, Utah, and joined the Army at age 17. He served as a Sergeant during the Korean War with the Occupation Forces in Kobe, Japan. While serving there, he met his only true love, Keiko "Carrie" Naemura. They were married on December 10, 1951, in Kobe, Japan at the American Consulate. Their marriage was solemnized in the Idaho Falls Temple on June 27, 1963, where they were sealed with their four children for time and all eternity. Unfailingly devoted and committed to each other, they were married for 70 years.

Jim was a faithful and devoted member of The Church of Jesus Christ of Latter-day Saints and labored in his love of service. His church service included callings such as Gospel Doctrine teacher, High Priest Leader, and Bishop. He touched and lifted the lives of many people, in and out of his church, who benefited from his unpretentious and "no-nonsense" approach to service and leadership. His favorite quote was, "Service is the rent we pay for living on this earth." In retirement, Jim and Carrie were called to serve in the Honolulu Hawaii Mission at the Laie Hawaii Temple Visitor Center. His desire to know and understand our Heavenly Father and His Son, Jesus Christ, often left him weeping in love and gratitude.

In 1967 Jim moved his family to a farm, south of Twin Falls, where he enjoyed farming and creating wonderful memories with his family. He enjoyed golfing, fishing, hunting, and guns. He was the owner of Masonry Construction Service and much of his company's work and craftsmanship can be seen throughout Southern Idaho to this day.

Jim will be remembered as a loyal and loving husband, father, grandfather, and great grandfather as well as a friend to all he met. Most of all, he loved his wife, his children, and the Lord.

A Celebration of Jim's Life and Graveside service will be held in May of 2022 in Spanish Fork, Utah.

Loving thanks to friends and family for their support, as well as to Aspen Hospice Home Care for their untiring care and to Bowman Funeral Parlor. 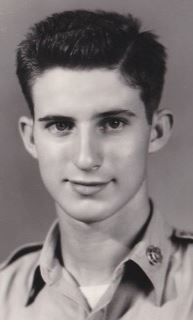 Published by Magic Valley Times-News on Nov. 21, 2021.
To plant trees in memory, please visit the Sympathy Store.
MEMORIAL EVENTS
To offer your sympathy during this difficult time, you can now have memorial trees planted in a National Forest in memory of your loved one.
MAKE A DONATION
MEMORIES & CONDOLENCES
5 Entries
To Carrie and family, So sorry to hear about Jim. You will all miss him a lot. We haven't seen him for several years, but we think of all of you often. Sending our love and prayers to help you feel peace and calm.
John and Donna Cox
Friend
November 24, 2021
So sorry to hear of the passing of Bishop Mikesell. He was a great man. Our prayers are with Sister Mikesell and his family Bud and Bonnie Taylor family
Debbie Cook
November 23, 2021
So sorry to see the passing of your father. What a kind, gentle man he was when we were young and neighbors. My thoughts and prayers are with you all.
Vickie (Sharp) Cowger
November 22, 2021
With our deepest sympathies. May you enjoy his memories as the years go by. May the Lord bless you and your families.
Children of Bruce and Maurine Caughey
November 22, 2021
Jim was just straight up the best. So sorry.
Lee Halper
November 22, 2021
Showing 1 - 5 of 5 results