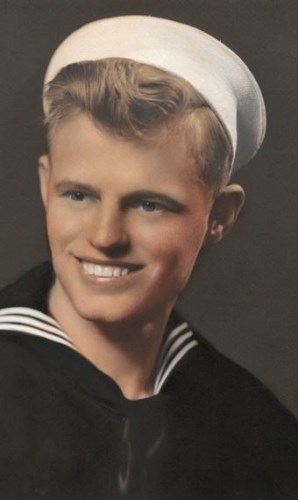 John Early Summerlin, 90, died on July 14, 2021, in Twin Falls, Idaho after a long battle with Idiopathic Pulmonary Fibrosis. He was born prematurely on March 23, 1931, in Lexington, Mississippi to Frankie Mae and John Early Summerlin Sr.

At 14 years of age, the eldest of eight children, his father died, and he assumed the role of helping support his family doing many jobs. He attended Forest Hill Consolidated School for his entire 12 years.

In 1950 he joined the Navy. He saw action in the Korean War and was honorably discharged in 1954.

He spent several years in the Seattle area doing various jobs. Among them being Chief Operator at the Union Carbide Oxygen Plant. He also was a longline trucker.

In 1962 he moved to Twin Falls where he worked in wholesale produce, ran a warehouse and delivery service for Sears, and worked as a bartender. His passions were hunting, fishing, racing snowmobiles, and outdoor activities on horseback.

A military memorial service will be held at the Snake River National Cemetery, the date to be announced.

To leave a condolence visit www.whitereynoldschapel.com.