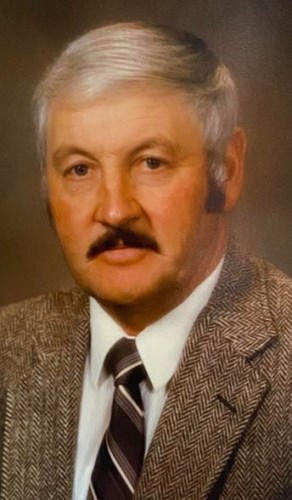 Lyle Devoy Woodbury, 85, passed away peacefully on July 5, 2021, at his home in Raft River, Idaho, following a short illness.

Lyle was born August 11, 1935, at his home in View, Idaho, to Leland and Myrlene Woodbury. He was the fifth of nine children. He spent his childhood working with his father and brothers on their dry farm with the cattle operation.

He attended grade school in View and Burley, he graduated from Burley High School in 1953. That fall he attended Brigham Young University in Provo, Utah.

He married Carol Jeannette Durfee, September 8, 1954, in the Salt Lake Temple and attended college that fall at Utah State in Logan, Utah.

After his second year of college, he and his wife, Carol, moved to Carey, Idaho, where he farmed with a brother, Vernon Woodbury. In the spring of 1958, he and Carol moved to a farm in Raft River, Idaho, where they have resided for 60 years, pursuing farming and primarily, ranching.

Lyle was called to serve his country in September of 1958, and spent 18 months in Baumholder, Germany with the 26th Infantry, earning the rank of SGT (E5) before his discharge. He returned to Raft River to take up his ranching in the spring of 1961. In 1967, he fulfilled his childhood dream of becoming a pilot and obtained his pilot license; he flew all over the western states for various reasons including managing his farms. That same spring, Carol and Lyle welcomed a brother and sister, Kenneth and Diane to their homes and their lives. Faith Marie Pretty Boy joined the family from the Indian Placement Program of The Church of Jesus Christ of Latter-day Saints in the fall of 1967. Lyle and Carol over the years mentored at least two dozen boys and girls teaching the children life skills, farming, and values.

He loved nature and enjoyed hunting and fishing for salmon. He enjoyed working with well-trained horses and dogs. He enjoyed being part of the Cassia County Mounted Sheriff's Posse for several years. He also enjoyed hosting cookouts for his family and friends and became an expert in grilling salmon.

Lyle was an active member of The Church of Jesus Christ of Latter-day Saints, serving as High Councilman, Counselor in a bishopric, High Priest Group Leader, Sunday School Teacher, and Membership Clerk. He enjoyed working with young boys as a Scout Master and mentor. Lyle and Carol also hosted two Japanese exchange students in the 1970s.

Lyle was active in the community serving on the Raft River Electric Board of Directors, ASCS Board, Flood Control Board, and as County Commissioner. He was an avid defender of the Constitution of the United States and served as Prescient Committeeman.

Friends and family will be received from 5 until 7 p.m. Friday, July 9, at Rasmussen-Wilson Funeral Home, 1350 East 16th St., in Burley, and Saturday at the Raft River Church one hour preceding the funeral service. In lieu of flowers, contributions can be made to the Missionary Fund of The Church of Jesus Christ of Latter-day Saints. 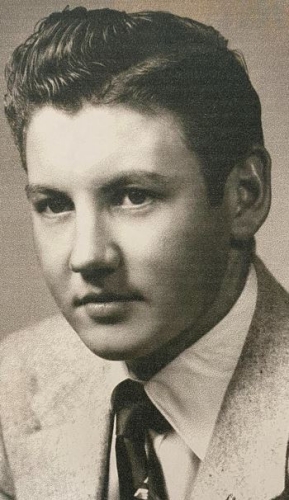 To plant trees in memory, please visit our Sympathy Store.
Published by Magic Valley Times-News on Jul. 14, 2021.
MEMORIAL EVENTS
No memorial events are currently scheduled.
To offer your sympathy during this difficult time, you can now have memorial trees planted in a National Forest in memory of your loved one.
Funeral services provided by:
Rasmussen-Wilson Funeral Home
MAKE A DONATION
MEMORIES & CONDOLENCES
Sponsored by Rasmussen-Wilson Funeral Home.
0 Entries
Be the first to post a memory or condolences.