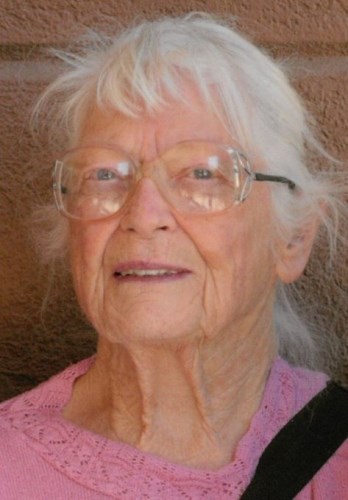 Margaret Eloise Ralphs passed away in her home on November 14, 2021, in Twin Falls Idaho in the company of her son Dale. She was born February 4, 1936, on a Homestead near Natrona, Wyoming where she began school in a one-room schoolhouse. Her parents were Oscar Elliott Toothman and Mary Elsie Medlar Toothman. Her family moved to Idaho following World War II and she graduated from High School at Fruitland, Idaho. She graduated from Idaho State University Nursing Program in 1957.

She taught Nursing at Clinica Americana in La Paz, Bolivia, where she built great memories, she loved to tell her friends about. She then returned to the United States and worked for the American Red Cross.

She married Rev. William Ralphs in 1962 and three sons were born to them. Dale William, Dean Cary, and Duane Clifton. They moved to Twin Falls in 1965 and she worked for the Twin Falls Clinic for 35 years. She very much enjoyed her Nursing Career spanning over 50 years, and her volunteer work with multiple agencies as well as spending her time with friends in the community and practicing square dancing.

She is preceded in death by her parents, and sisters, Betsy Wrinkle of Ontario, Oregon, Mary Sparkman of Milton Freewater, Oregon, May Jean Sipes of North Pole Alaska, and Leona Martin of Idaho Falls, Idaho.

Margaret's family would like to thank Dr. Muretisch, Sandy, and staff at St. Luke's and Hospice Visions for their wonderful care. In addition, a special thanks to Natasha and Diandra, you stepped up when we needed you.

Condolences may be left at www.whitereynoldschapel.com.

Published by Magic Valley Times-News on Nov. 18, 2021.
To plant trees in memory, please visit the Sympathy Store.
MEMORIAL EVENTS
To offer your sympathy during this difficult time, you can now have memorial trees planted in a National Forest in memory of your loved one.
Funeral services provided by:
White-Reynolds Funeral Chapel
MAKE A DONATION
MEMORIES & CONDOLENCES
Sponsored by White-Reynolds Funeral Chapel.
3 Entries
I am so sorry...She was the nurse for my girls pediatrician at the Twin Falls Clinic ..Loved her so much....Blessings
Linda Friel
Other
November 22, 2021
Our condolences to the family. We loved square dancing with Margaret. She was such a good example for everyone. She will be missed so much!!!
Reed and Pam Dilworth
Friend
November 18, 2021
Offering our deepest condolences during this difficult time.
Reynolds Funeral Chapel
November 17, 2021
Showing 1 - 3 of 3 results