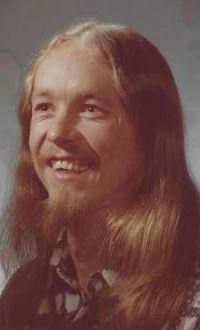 Michael Glen Jacobson, 72, of Buhl passed away after battling cancer on November 15, 2021.

He was born the fourth son of Emeron Lee Jacobson and Barbara Silcock on May 5, 1949 in Wendell Idaho. He attended many different Magic Valley schools including Hagerman, Appleton and Wendell. He moved to Longview Washington after his mother remarried O.F. (Doc) Eisenhauer where he graduated in 1967 from Mark Morris High School. After school he worked for Tony and Glenna Ruffing in Wendell as a farmhand for the summer. That fall and the next spring he helped build 5.2 miles of trails by hand in the rugged Frank Church River of no Return Wilderness area on the Salmon River, a job he loved. He joined the Air Force in June 1968 as a jet mechanic and went to Vietnam in 1969 where he was selected as soldier of the month out of 84,000 personnel in the 366th Combat Support Group. While in the Air Force he married Kristine Van Wagoner and had two children Michael Shayne Jacobson and Sean Glen Jacobson, they later divorced. He married Jessie Jones, in addition to her daughter Heather Leigh Jones they had one son Travis Lee Jacobson in 1974. In 1978 he followed in his father's footsteps working for the United States Fish and Wildlife Service at the National Fish Hatchery in Hagerman Idaho, raising and hauling steelhead to the mountain streams. He also worked for the University of Idaho as a maintenance man at the Hagerman Fish Culture Experiment station for 12 years until he retired. Both jobs he loved because of the wildlife. After retirement he spent his summers on the coast fishing and enjoying his farm in Buhl.

In lieu of a funeral he asked that people take the money that they would have spent and donate to the Cancer Society, a wildlife organization, or an animal shelter as he loved his manx cats.

Published by Magic Valley Times-News on Nov. 21, 2021.
To plant trees in memory, please visit the Sympathy Store.
MEMORIAL EVENTS
To offer your sympathy during this difficult time, you can now have memorial trees planted in a National Forest in memory of your loved one.
MAKE A DONATION
Please consider a donation as requested by the family.
MEMORIES & CONDOLENCES
1 Entry
Sorry to hear about Mike, we had a lot of good times in the 60's. He was a good friend. God bless his family.
Gary nMcconnell
Friend
November 23, 2021
Showing 1 - 1 of 1 results