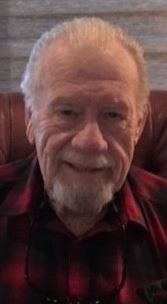 He was born October 6, 1937 in Gregory, South Dakota to Irma Jane (Hoskins) and Wayne Allen Jones. Norman graduated Buhl High School in 1956 and later joined the National Guard and served in California. He married Judith Elaine (Cheel) on November 22, 1958. They had 1 child then divorced in 1966. Norman married Janet Jean (Kula) on August 29, 1968 and they had 2 children. Norm and Jan founded Jones Auto Body and Fender repair in Twin Falls and later Thunderbluff Raceway south of Twin Falls until Jan's untimely death in 1985. Norman married Charlene (Patterson) Pickett August 18, 2006 and was widowed again March 5, 2015.

Norman enjoyed hunting with his brothers, gold mining in Colorado, and fishing in Mexico with friends. He loved war movies, Nascar racing, and spending time with his family. Norm was especially proud of his children and their accomplishments.

Visitation will be November 17 at 1pm with services at 2pm at White-Reynolds Funeral Chapel at 2466 Addison Avenue East, Twin Falls, Idaho. A livestream of the service is available at https://youtu.be/ykAxi0Ek0Os or it can be accessed on Norman's obit page at whitereynoldschapel.com under the photos & video tab and click webcast.