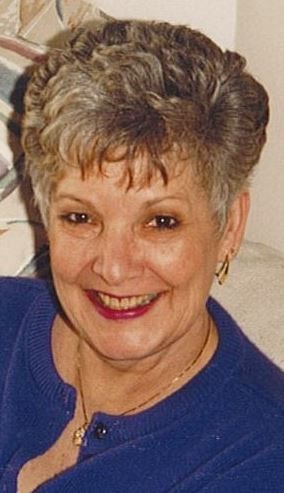 Patricia Ann Homan passed away peacefully in her sleep on Monday, November 16, 2020 at North Canyon Medical Center in Gooding, Idaho after a long battle with dementia.

She was born on September 3, 1937 in San Diego, California to Clarence H. Gilliam and Pauline E. Gilliam.

She attended Chula Vista Junior High School and Chula Vista High School and later earned her GED. She was a rebel and always said she didn't like school. Mom loved music and loved going to concerts. She was able to see Gladys Knight and the Pips, Tom Jones, Marty Robbins and The Little River Band. But her favorite was Elvis Presley, whom she got to see four times.

Patricia married James A. Cromer in 1954 and they had three children, Jimmie, Jerry and Susan. They were later divorced.

Patricia married Vernal B. Hiatt in 1964 and they had a daughter, Lori. They later divorced.

Patricia held several jobs throughout her life and always had favorite friends within her workplace. During the late 1970's, she worked in downtown Twin Falls at J & J Office Supply. She was an extra in the TV drama series "Cannon", when they filmed an episode in Twin Falls at Dierkes Lake. She later worked at Magic Valley Regional Medical Center as a ward clerk. She also worked at Olympic Medical Center in Port Angeles, Washington. She later became a realtor and sold real estate at Americus Realty in Sequim, Washington.

While she lived in Washington, Pat met and married David Homan and had a wonderful life together until his untimely death.

"So put me on a highway and show me a sign, and take it to the limit one more time."

We will miss you, mom.