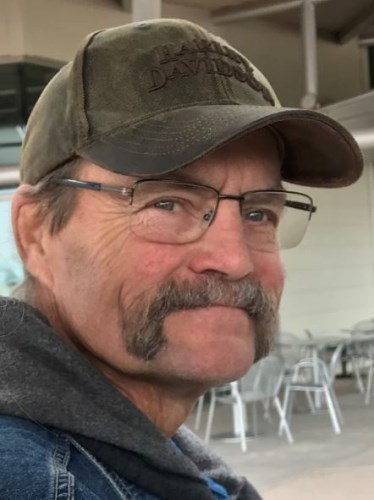 Randy Larsen, 59, of Jerome passed away at home on January 7, 2021, surrounded by his loving wife and children. Randy was born in Jerome, Idaho in October of 1961 to Denzel and Jackie (Lavens) Larsen. He loved growing up on the farm with his two brothers, Rick and Rob. They learned to work hard and play even harder. The three boys enjoyed riding motorcycles, running farm equipment, and hunting together.

Randy graduated from Jerome High School in 1980 where he enjoyed playing basketball, football, and track. He excelled in track and football, taking first and second at state in the high hurdles, intermediate hurdles, and relays. After high school, Randy went to Idaho State University where he graduated in diesel mechanics. While at ISU he met the love of his life, Cindy Cotten. After a few months of dating, they were married in August of 1981 in Jerome. They were married for nearly 40 years.

After graduation, the couple moved to Cordova, Alaska where Randy was employed to work on diesel fishing boats. A year later they moved back to Jerome where they farmed for the next 38 years. He was a member of the Twin Falls Fliers and was immensely proud of being a pilot, he truly loved to fly. Randy also served as Commissioner for the Jerome Rural Fire Department.

Randy and Cindy had two children, Tyler and Taryn. He enjoyed watching his children participate in sports and could be found cheering them on at every game, meet or match. Randy had many hobbies including, tinkering on anything that had a motor and wheels, camping, trail riding, jet skiing, boating, and snowmobiling with family and friends. Words could never do justice for the many great memories and laughs he left us with. He was a devoted son, husband, father, grandfather, and friend, who's kind heart, quick wit and infectious laughter will forever be missed.

Randy was preceded in death by his grandparents, Kenneth and Naomi (Mundt) Lavens and LeRoy and Alta (Mecham) Larsen, as well as many aunts and uncles.

Memories and condolences may be shared with the family on Randy's memorial webpage at www.farnworthmortuary.com.