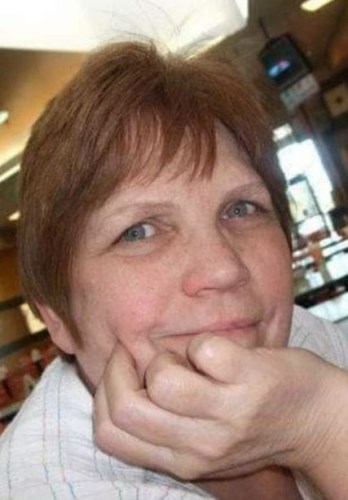 Rozetta Ann Hedden of Twin Falls, Idaho, passed away in the early morning hours of July 14, 2021, after a valiant seven-month fight with cancer. Her will and determination throughout the battle were something to be admired. She remained happy, sassy and so extraordinarily strong through every single step of the journey.

Rozetta was born in Clement Falls, Oregon to Jack and Zetta Bolton on May 8, 1954, the oldest of three children and the only daughter. The family moved to California around 1955 where her two brothers were born. She graduated from Atwater High School in 1972. After high school, she attended Merced Junior College for a year before moving to San Luis Obispo, California, and attending Cal Poly. She then moved to Las Vegas, where she lived for around 10 years. She first worked as a cocktail waitress while learning how to deal with cards. She then took a job as a dispatcher for the Clark County Sherriff's Department and worked as a property manager for some apartments. She moved back to California in the mid-80s.

On August 21, 1988, her daughter, an only child, Heather, was born. Shortly after, they moved to Northern Idaho. Rozetta attended Lewis-Clark State College to pursue her teaching degree in early childhood education. While going to school, Rozetta taught as a preschool teacher at a local church in Kamiah, Idaho. After graduating and obtaining her teaching certificate, Rozetta and Heather moved to Twin Falls, Idaho in 1999 where she took a position teaching 6th grade at St. Edward's Catholic School. She only taught 6th grade for one year before switching to 2nd grade. She remained to teach 2nd and 3rd grades for the remainder of the time she taught at St. Edward's. She began teaching at the Kimberly School District in 2015 where she taught 3rd grade until May 2021. She may not have been present physically for most of the 2020-2021 school year, but she was surely there in spirit and felt the love from all her students and colleagues every single day. Being able to go back to school, even for just half-days, for the last few weeks of the school year brought her tremendous joy.

Rozetta began selling jewelry in 2018 when her dear friend, Teresa, convinced her to join Paparazzi with her. Her excitement for the jewelry and the company was palpable. She was always thinking about her next adventure and what show she would go to next.

Rozetta had a sassy and spunky personality and a smile that could light up a room. She will be missed tremendously by all those that loved her.

Rozetta is preceded in death by her mother and father, Zetta and Jack Bolton. She leaves behind her daughter Heather; brothers, Brent Bolton (Darla), Kent Bolton; several nieces and nephews; countless school kids, whom she loved with her whole heart, no matter how long ago she taught them; and an endless number of friends. She also leaves behind her daughter number two, Nechelle Gray, and several other friends of Heather's, whom she loved dearly and thought of as one of her own daughters.

In lieu of flowers, please consider making a donation to Heather's Venmo account which is @heatherzetta or to the gofundme page "Support for Rozetta" to help with the costs of laying Rozetta to rest.