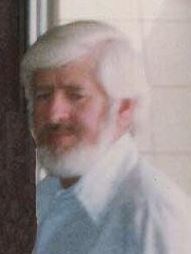 Steve joined the U S Air Force in 1967 right out of high school and served until 1972. After returning from the Air Force, he began working for Idaho Power and worked there until he retired in 2009.

Steve is loved and dearly missed by all. A Celebration of his life is being planned and will be announced at a later date.

Friends are invited to share a memory or photo at www.woodriverchapel.com

Published by Magic Valley Times-News on Jul. 20, 2021.
To plant trees in memory, please visit the Sympathy Store.
MEMORIAL EVENTS
To offer your sympathy during this difficult time, you can now have memorial trees planted in a National Forest in memory of your loved one.
Funeral services provided by:
Wood River Chapel
MAKE A DONATION
MEMORIES & CONDOLENCES
Sponsored by Wood River Chapel.
2 Entries
Steve you will be dearly missed by all. Had lots of fun as kids growing up with you and the Arrington´s and your sister Carol loved you dearly along with Martin. Love and condolences to all.
Dianna Hoffman Gillem
Family
July 20, 2021
Good memories of Steve at Idaho Power. RIP!
Lee Bunch
July 20, 2021
Showing 1 - 2 of 2 results