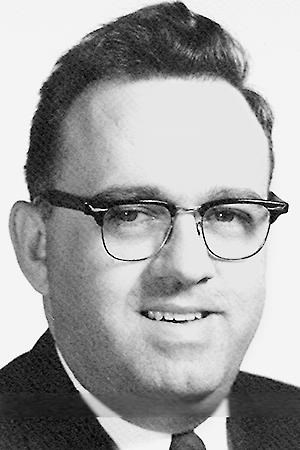 FUNERAL HOME
The Fortin Group
217 Turner Street
Auburn, ME
Keith W. Cunningham
1926 - 2017
LEWISTON - Keith W. Cunningham, 91, of Lewiston, died on Thursday, Oct. 12, 2017, at Hawthorne House in Freeport. He was born Aug. 23, 1926, in St. Albans, the son of Fernald M. and Lalia J. Cunningham.
Mr. Cunningham attended elementary and secondary school in St. Albans and Hartland and graduated from Hartland Academy in June 1944. He entered Bates College in Lewiston in September 1944 majoring in history and government, and received his Bachelor of Arts degree in 1948. Upon graduation he was elected to the Phi Beta Kappa Gamma Chapter, Bates College. He later earned his Master of Arts degree at Teacher's College, Columbia University, New York, N.Y. He was elected to two honor societies at Columbia: Phi Delta Kappa and Kappa Delta Pi.
In September 1948 he accepted his first teaching position at Monson Academy in Monson, where he taught history. After three years he left Monson to teach history and social studies at Paris High School in South Paris. In 1955 he left Maine to work on his master's degree at Columbia University, spending that year teaching at Samuel Staples Jr. High School in Easton, Conn. Mr. Cunningham returned to Maine in 1956 to accept the principalship of Paris High School. In 1961, SAD 17 was formed and Mr. Cunningham was the first principal of the Oxford Hills High School. At that time, SAD 17 included only two towns, Norway and South Paris, but by 1967 it had grown to include eight towns and over 800 students. After February vacation in 1967, Mr. Cunningham welcomed his students to a new environment in the new Oxford Hills High School.
In the fall of 1967, Mr. Cunningham became president of Bliss College in Lewiston. At the closing of Bliss College in 1969, he became the principal of Telstar High School in Bethel.
In 1971 he joined the State of Maine, Department of Education as teacher education advisor and director of approval of teacher education programs at the college level. He served six months on the New England Program for Teacher Education as representative of the State Department of Education.
He resigned from the State Department of Education in 1972 and became the principal of Lisbon High School in Lisbon Falls, remaining there for 12 years until 1984, when he retired after 36 years in education.
After he retired from teaching he spent several years at G. M. Pollock Jewelry Store in Auburn as a salesman. Most of his retirement years were spent enjoying his home, gardening and traveling in the United States, Europe and Central America.
In writing his own obituary, Mr. Cunningham made special mention of several important people in his life: Elwood Gray, a lifelong friend from elementary school who was his frequent traveling companion; Maurice Levasseur, a special friend who helped him take care of his home; and Ethel Lacourse, his secretary during the years at Oxford Hills and a friend for over 50 years. Particularly important to Mr. Cunningham was Gordon Dunlop, his companion and caregiver for the last 10 years.
Mr. Cunningham is survived by two nieces, Sara J. Connor and her husband Donald, of Topsham; and Nancy L. Hemingway and her husband Stephen, of Woolwich; great-nieces Anne Hemingway, Sarah Hemingway and Erin Connor; great-nephews Matthew Hemingway, Benjamin Connor, Adam Connor and Kevin Willis; and great-great-nieces Caitlin Taylor and Miah Hemingway. He was predeceased by his parents; his brother, Leland B. Cunningham; his sister, Glenis J. Berry; and his niece, Sharon Willis.
Visiting hours will be held Friday, Oct. 20, from 6-8 p.m. at The Fortin Group, 217 Turner St. in Auburn. Funeral services will begin Saturday at 10 a.m. at the funeral home. Interment will be in Pine Grove Cemetery in Hartland. A service of The Fortin Group/Plummer & Merrill Funeral, Cremation and Monument Services, 217 Turner St., Auburn, ME 04210. 783-8545. 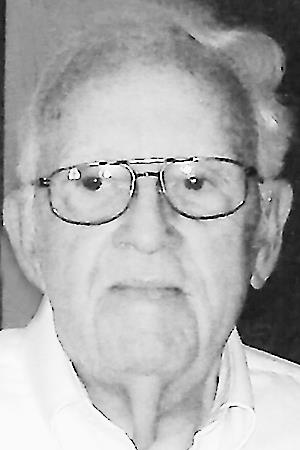 To plant trees in memory, please visit our Sympathy Store.
Published by Central Maine on Oct. 18, 2017.
MEMORIAL EVENTS
No memorial events are currently scheduled.
To offer your sympathy during this difficult time, you can now have memorial trees planted in a National Forest in memory of your loved one.
Funeral services provided by:
The Fortin Group
MEMORIES & CONDOLENCES
5 Entries
Cunningham Family,
May the God who binds up the brokenhearted comfort all who mourn sustain your family.
Isaiah 61: 1,2
Ford
October 24, 2017
Mr. Cunningham was the first principal of Telstar Regional High School and I remember him as a good and fair man, concerned about the education of his students. It was not an easy job, with 5 communities coming together for the first time. He was a great asset to the Telstar region. My thoughts are with Mr. Cunningham's family.
Christine Swain
October 19, 2017
Keith was the principal of Oxford Hills H. S.in So Paris in 1963-1965 where I was employed as sociology teacher and also General Math and Ancient History Teacher.l I received my B. A. from Bates in 1958 and enlisted in the U.S. Army for 4 years. Keith was a superb mentor and we kept
in touch for over 50 years. He helped me with future recommendations .when he became principal of Lisbon H.S. My wife Chungsim and I are deeply saddened by Keith's passing. Wendell Small, Fayetteville NC
October 19, 2017
Mr. Cunningham was my principal at Oxford Hills. A very nice man.
Steve Riley
October 19, 2017
I have fond memories of Uncle Keith while I was growing up. Trips to Cote's Ice Cream and playing Croquet with him were fun things to do when we visited. Keith was the kindest person with a contagious laugh, a terrific sense of humor, and a knack for storytelling that I enjoyed as a youngster. Sharon, my dad (Bill), and I always looked forward to hearing about his travels.
Definitely a life well lived, and Keith surely had a positive impact on those he interacted with both personally and professionally.