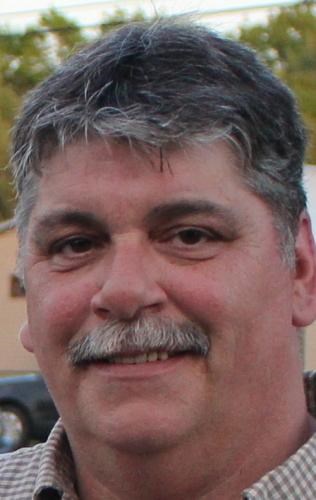 Ryan was the son of Norman and Doris (Dugas) Poirier from Anson. To his family and friends and all who knew him, he grew to become more than a man. He became a monumental presence, a person others were drawn to and a person trusted and respected. He was the first person people went to, and could rely on, when they needed a helping hand.

Throughout his years, Ryan found it was not about what you got out of life, but rather, it was about what you gave. Ryan lived a full life giving to others and this brought him happiness. Full of kindness, he strived to do all the good he could for as long as he could.

He was employed by Spectrum Generations for his last 22 years. In his capacity as a regional Meals on Wheels coordinator in Somerset and northern Kennebec counties, Ryan played a pivotal role helping thousands of homebound older and disabled adults receive needed meals, safety checks and other services to independently remain in their homes. For many, he became more than a worker - he became a friend. Ryan also created several well known Meals on Wheels fundraising events to insure the program had the financial resources needed to meet the ever growing demand. These events include the Gene and Lucille Letourneau Meals on Wheels Ice Fishing Derby, the Sukeforth Family Meals on Wheels Pig Roast and the Meals on Wheels Golf Tournament. Ryan was devoted to his work and all the people it benefited.

Ryan is survived by his wife, Debra, and their beautiful daughter, Leah, who was his pride and joy. Also surviving are two sisters, Deena Bennett with her husband, Hollis, of Litchfield, and Dawn Poirier with her partner, Larry, of Madison. Other survivors include nieces, nephews, in-laws, out-laws and a seemingly endless list of people that were all so special to him. Ryan was predeceased by his parents, as well as his brothers, Rick and Randy.

There will be no burial or funeral services. A memorial celebration of his life is scheduled from 1 to 3 p.m. on Monday, Jan. 27, 2014, at Spectrum Generations Muskie Center, 38 Gold St., Waterville. All family and friends are welcome to attend and share their stories of a man who meant so much for so many people. In lieu of flowers, the family would rather continue his dedication to the Meals on Wheels program by donations be made to Spectrum Generations, Meals on Wheels Program, 38 Gold St., Waterville, ME 04901.

Cremation arrangements are under the care and direction of Giberson Funeral Home, 40 Maple St., Madison.

Published by Morning Sentinel on Jan. 22, 2014.
To plant trees in memory, please visit the Sympathy Store.
MEMORIAL EVENTS
To offer your sympathy during this difficult time, you can now have memorial trees planted in a National Forest in memory of your loved one.
Funeral services provided by:
Giberson Funeral Home
MAKE A DONATION
MEMORIES & CONDOLENCES
43 Entries
Ryan was a force in helping with the CSFP program, he will be missed for his strong ethics and integrity.
Jason Hall
February 11, 2014
Deepest sympathies to the family of Ryan Poirier. I met Ryan at the Skowhegan senior center while preparing taxes through AARP tax program. He gave up his office to me for the duration of tax season. He was a kind, generous man. Praying the family will find peace and comfort while holding tight the precious memories of this man.
Cindy Mason
January 28, 2014
I am so sorry to hear of the loss to his family and the senior spectrum family. I have known him for many years and always enjoyed our association. One of the truly good guys.
Ross Fitts
January 27, 2014
So sorry to hear of Ryan's death. I worked with him at the Muskie Center when he was beginning his career.
He was a great guy with a terrific personality, ready smile, and kind words for everyone.
May great memories help you through this difficult time.
Izzy Sander
Izzy Sander
January 26, 2014
Thoughts and prayers to you Deb and Leah. Memories will help to heal the pain of your terrible loss. Maybe not now, but sometime in the future. God bless.
Val, Sam, and Connor Pinkham
January 26, 2014
I had the pleasure of working with Ryan through Spectrum Generations. Working with Ryan or just seeing Ryan interact with people at the Muskie Center showed what a caring and giving great man he was. He will remain in everyone's hearts that had the pleasure of meeting him forever.
Sherry Bascom-Rogers
January 24, 2014
All of us here at Townsquare Media send our deepest condolences to the family for the loss of a great man. I have personally worked with Ryan for years and spoke to him that very day. I would never have imagined it would have been for the last time. He will be deeply missed by many.
Merry Tracy-StPierre
January 24, 2014
I had the honor of working with Ryan at Spectrum Generations in Waterville for the past 2 1/2 years and enjoyed seeing him every day. He was a great guy with a big heart and had a wonderful personality. LOVED his outlook of life.... Anything was possible! He was always there to give a helping hand to anyone in need. It was so heartbreaking to hear of his unexpected passing...such a terrible loss. He will be sadly missed by many who's lives he touched. My thoughts and prayers are with his wife and daughter...and for everyone else who was close to him. Rest in Peace Ryan...you are an angel now <3
Annette Campbell
January 23, 2014
To Ryans Family, may God touch upon you during this sorrow. Im so sorry for your loss. I graduated with Ryan in '81. He was a friendly & funny guy. We had several laughs. HE will always be with you. My thoughts & Prayers are with you.
Dotty Brown
January 23, 2014
So sorry for your lose he was a great man and you can see that in his daughter all the time!!!
Dulcie Welch
January 23, 2014
Deb, Leah,& Poirier family,

You are in my thoughts and prayers. May you never lose the wonderful memories you have of this great man. The memories and the love you shared as a family will help you ease the pain.
Scott LeHay
January 23, 2014
I met Ryan while working at Senior Spectrum. He was always so willing and helpful in any situation. He had a moment for everyone..when he would walk through the big room at Muskie it took awhile because of all the folks who wanted to speak with him. His presence will be missed. My condolences to his family.
Vicki Ainslie
January 23, 2014
Ryan was such a great person and so glad to have been able to work with him on fund raisers. Will miss him and his wonderful smile. My sympathy to his family for such a loss.
Debbie Giroux
January 23, 2014
Ryan was so great to work with and so kind to all. Worked with him on fund raisers and so enjoyed his company. I will miss him and send all my sympathy to his family.Debbie Giroux
January 23, 2014
To Ryan and his family,iam so very sorry to hear about the loss of Ryan, rember all the good times and they will help you thur thr bad times,, if you need anything feel free to call,
jean forbus
January 23, 2014
To Ryan's family, Ryan graduated in the class of '81 at Carrabec. I remember Ryan in the hallways talking to different people and knowing it was him because he always wore his jeans and a flannel shirt. He was always chatting with someone in between classes, which was a good thing. I graduated with Ryan and wished I got to know him better. I knew his late brother Randy very well and we had been friends for years. I know Ryans family will miss him a great deal. but just know that he isn't alone, he has family that he can see again who have passed before him..RIP Ryan you were one of the good guys..GOD bless you all
Steve Cooley
January 23, 2014
Deena & family, I am so sorry to hear of Ryan's passing. Know that his spirit lives on in all the beauty that surrounds you every day, in every way. Prayers and thoughts are with you at this difficult time.
Kathi Lewis
January 22, 2014
Oh! I am in shock. I worked with Ryan years past at Senior Spectrum. I am so sorry for his wife and children.
Tina Paradis (Harris}
Tina Paradis {Harris}
January 22, 2014
Muskie has lost its most ardent supporter. No one will ever replace Ryan in our hearts. He was the heart and soul of Muskie.
Nancy Aldrich
January 22, 2014
Ryan will be missed by all of us at Hospice Volunteers of Waterville Area. It was a pleasure to work with him. Ryan's kind heart and gentle soul will always be remembered.
Susan Roy
January 22, 2014
To Ryan's family,
Bob and I are so sad to hear of your loss. He was one great man and We enjoyed so much working with him the last few years on the pig roast. He will be greatly missed.
Bob and Annette Marin
January 22, 2014
We are so sorry for your loss. Hold onto your memories they are precious. May you R.I.P Ryan.
Alan and Patty Mitchell
January 22, 2014
Debbie and Leah I was so sorry to hear of Ryan's passing. You are in my thoughts and prayers.
Michelle Oliver
January 22, 2014
Kindness and compassion came effortlessly to Ryan. I will miss my Spectrum friend of 21 years and my sympathies to his family, friends and fellow co-workers.
Tammy Spear
January 22, 2014
Deb and Leah ,
Our heart and prayers go out to you
We are so sorry, he will be greatly missed
Doug and Rita Sukeforth
January 22, 2014
Hey Debbie Its Jenna I don't know if you remember me but i am really up set to see that Ryan died.
Jenna Oliver
January 22, 2014
Our deepest sympathy for Ryan and his family. He was one of the nicest people we have ever met so glad we got to know him for a short time as an Uncle to our grandchildren. Such caring and compassion for others was something he just did. We will certainly miss this wonderful man, and are saddened by his passing.
Wayne & Priscilla Provost
Priscilla Provost
January 22, 2014 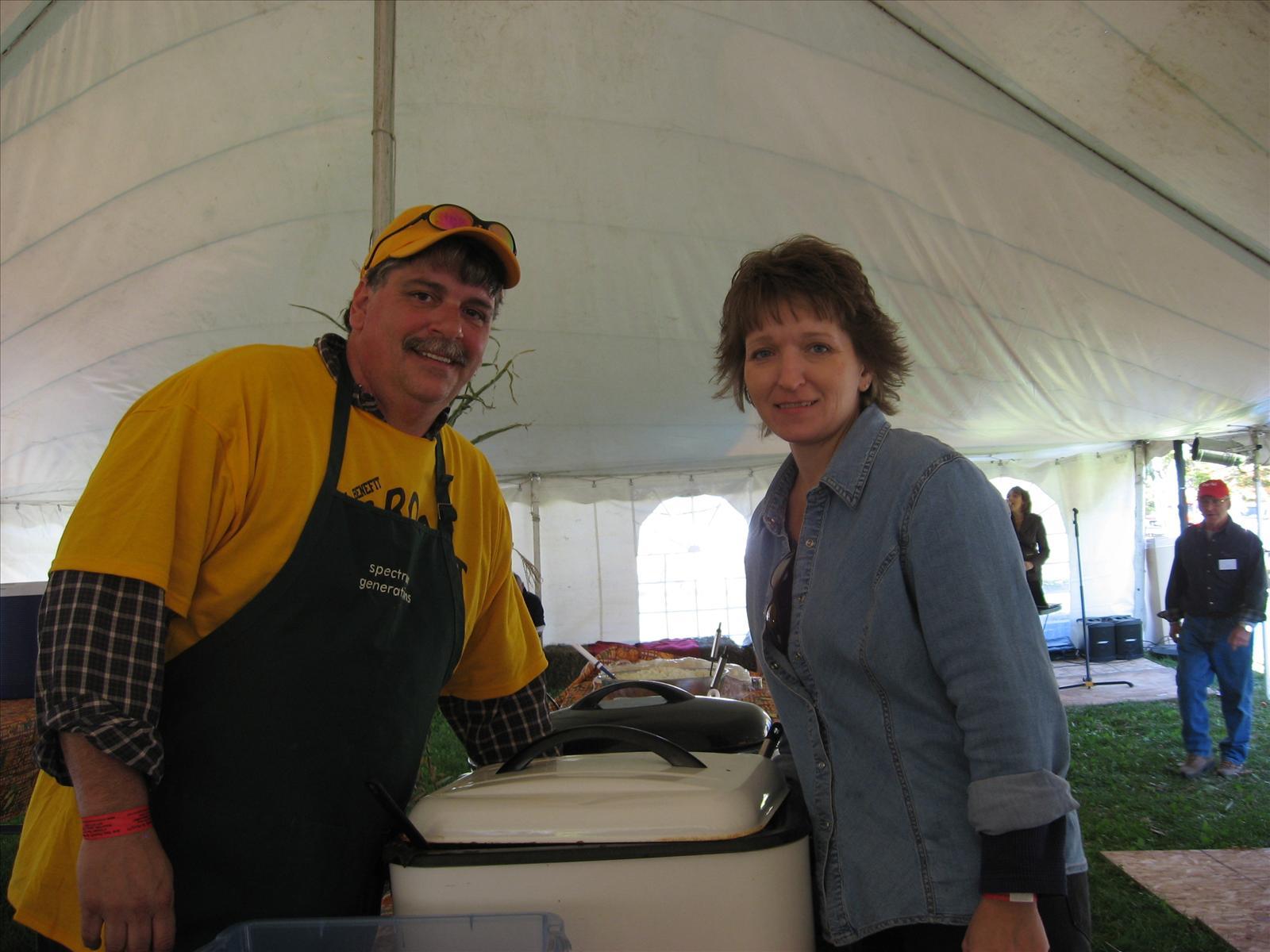